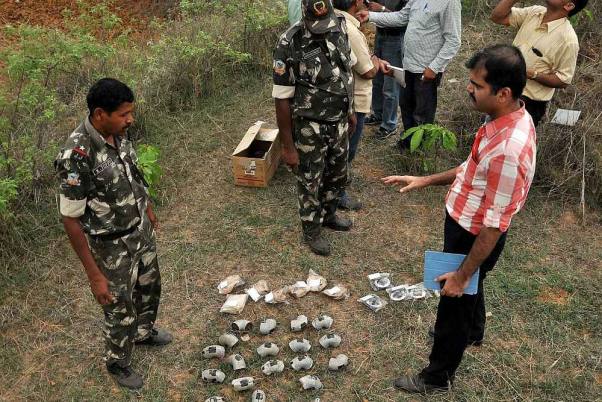 At least 22 bombs were seized from an under-construction building in Kolkata's Entally area on Saturday, police said.

Four owners of the building and the promoter were detained, a police officer said.

Acting on a tip-off, Special Task Force and Kolkata Police personnel raided the building on Sir Syed Ahmed Road and seized the bombs kept in two boxes, he said.

The bombs were defused by sleuths of the Kolkata Police's bomb disposal squad, the officer said, adding an investigation is underway.