The 'NOTA' option on electronic voting machines, introduced in 2013, has its own symbol -- a ballot paper with a black cross across it. 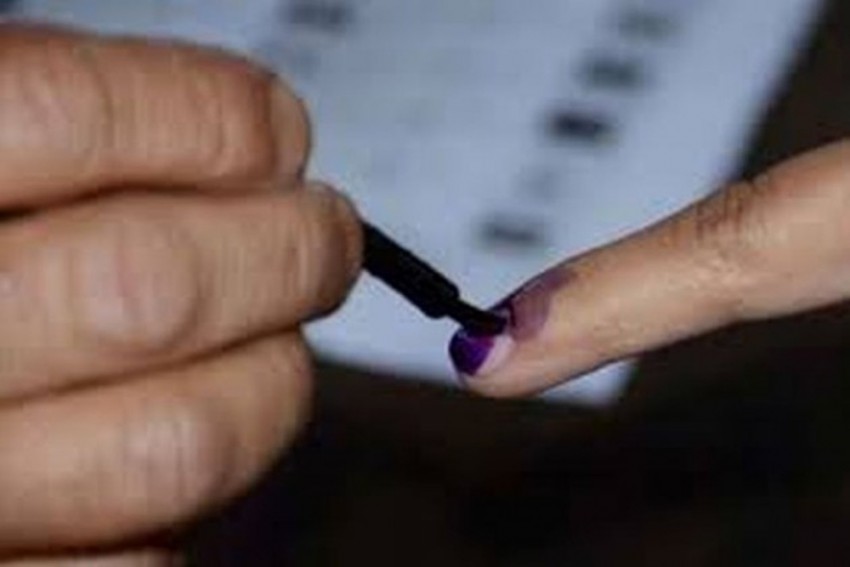 A little over seven lakh voters in Bihar used the 'none of the above' or NOTA option in the assembly elections, according to the Election Commission.

Nitish Kumar-led NDA was back in power in Bihar on Wednesday with a slender majority.

The ruling coalition won 125 seats in the 243-member state assembly against 110 clinched by the opposition Grand Alliance to pave the way for a fourth successive term for Kumar in office.

According to figures released by the EC, 7,06,252 people or 1.7 per cent of the voters opted for the option whereby they preferred not to vote for any candidate while exercising their democratic right.

Over 4 crore votes were polled in the three-phase elections. Out of nearly 7.3 crore voters, 57.09 per cent had cast votes in the polls.

The 'NOTA' option on electronic voting machines, introduced in 2013, has its own symbol -- a ballot paper with a black cross across it.

After the Supreme Court order in September 2013, the EC added the NOTA button on the EVMs as the last option on the voting panel.

Prior to the apex court order, those not inclined to vote for any candidate had the option of filling, what is popularly called, 'form 49-O'.

But filling the form at the polling station under Rule 49-O of the Conduct of Elections Rules, 1961, compromised the secrecy of the voter.

The Supreme Court had, however, refused to direct the EC to hold fresh polls if the majority of the electorate exercises the NOTA option while voting.

There were several seats in Bihar where NOTA option got more votes than the winning margin of candidates.