Assadudin Owaisi's remarks were expunged after the BJP members raised an objection. 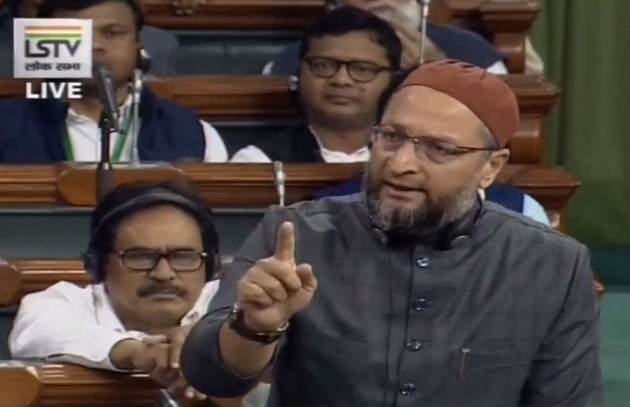 Owaisi further said that if the Bill is passed, Home Minister Shah's name would be featured with Hitler and David Ben-Gurion, the first Prime Minister of Israel.

Video: Citizenship Amendment Bill Introduced In Lok Sabha: All You Need To Know

It Will Reduce India To Hindutva Version Of Pakistan: Shashi Tharoor On CAB

"I appeal to you (Speaker), save the country from such a law and save Home Minister also; otherwise, like in Nuremberg race laws and Israel's citizenship act, Home Minister's name will be featured with Hitler and David Ben-Gurion," Owaisi said.

However, his remarks were expunged after the BJP members raised an objection.

The CAB, which seeks to give Indian nationality to non-Muslim refugees from Pakistan, Bangladesh and Afghanistan facing religious persecution there, was introduced in Lok Sabha Shah.

According to the proposed legislation, members of Hindu, Sikh, Buddhist, Jain, Parsi and Christian communities, who have come from Pakistan, Bangladesh and Afghanistan, till December 31, 2014 and facing religious persecution there will not be treated as illegal immigrants but given Indian citizenship.

The opposition has protested against the Bill, saying it will create a religious divide and is aimed against minorities.