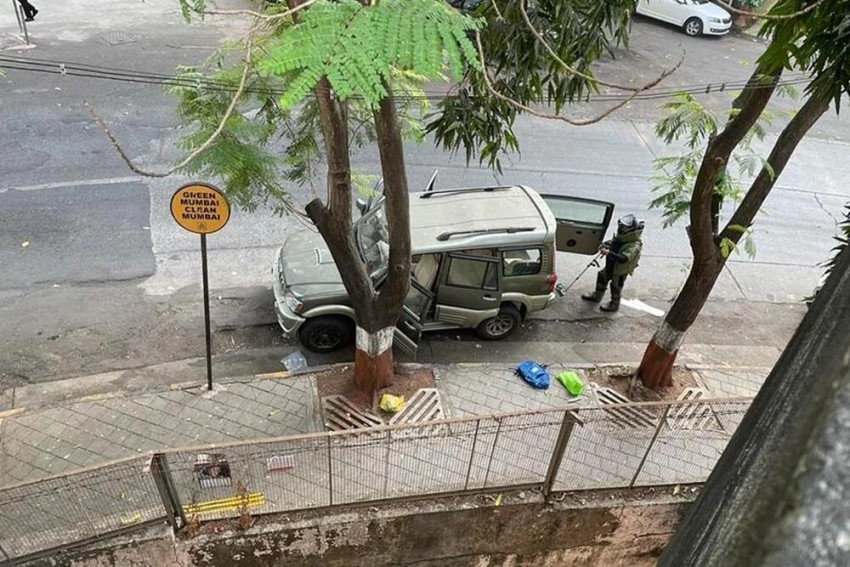 Hiren Mansukh, owner of the explosives laden-car found near Mukesh Ambani's residence in Mumbai has been found dead in a creek in neighbouring Thane.

Mansukh, aged around 45 years, had gone missing on Thursday night and now his body has been found on the banks of the creek along the Mumbra Reti Bunder road, said a senior official of Thane Police.

Mansukh's Scorpio with gelatin sticks inside was found near `Antilia', Ambani's multi-storey residence in South Mumbai, on February 25. Police had said it had been stolen from Airoli-Mulund Bridge on February 18.

The Crime Branch of Mumbai police had recorded Mansukh's statement in the case. Mansukh, who was in the vehicle spare parts business, had said he had lodged a police complaint after the SUV was stolen.

Speaking to reporters in Mumbai, Leader of Opposition in the Maharashtra Legislative Assembly Devendra Fadnavis said the death of a prime witness showed that something was fishy.

"I reiterate the demand that the case be handed over to the NIA," the BJP leader said.