Official sources said a criminal case under various sections of the PMLA has been filed against Kalra and his associates and the ED will probe the money trail in the matter. 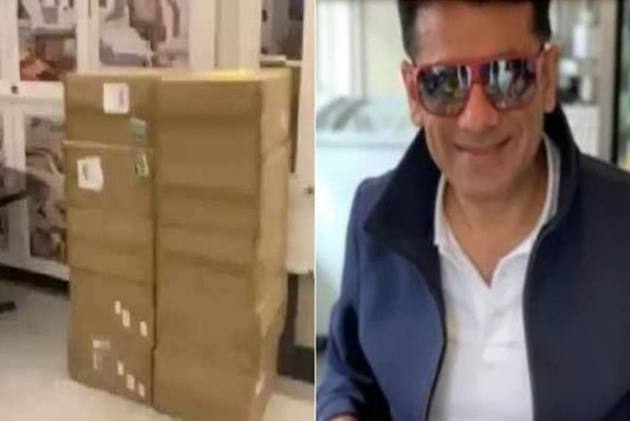 The Enforcement Directorate (ED) on Wednesday filed a money laundering case against businessman Navneet Kalra and his associates in a recent case of alleged hoarding and black marketing of oxygen concentrators. Kalra is alleged to have purchased the concentrators from Matrix Cellular which had imported them.

Official sources said a criminal case under various sections of the Prevention of Money Laundering Act (PMLA) has been filed against Kalra and his associates and the ED will probe the money trail in the matter.

According to the officials, the central probe agency took cognisance of a Delhi Police FIR that was filed on May 5 after policemen raided some restaurants and premises owned and linked to Kalra and recovered more than 500 of these life-saving machines from there.

Who Is Businessman Navneet Kalra, Arrested For Hoarding Oxygen Concentrators In Delhi?

The agency, they said, will probe if the oxygen concentrators were illegally hoarded and offered to the family members or caregivers of coronavirus-infected patients at exorbitant prices, thereby leading to generation of "proceeds of crime" as defined under the PMLA.

The ED is empowered to question and record the statements of the accused and it can even attach their properties during the course of investigation, following which it files a charge sheet before a special PMLA court seeking their prosecution under the anti-money laundering law.

Sources said exchange of basic documents and information sharing between the two agencies-- ED and Delhi Police crime branch-- has been done.

Kalra was nabbed by Delhi Police crime branch sleuths from Gurgaon on Sunday night and was formally arrested the next day. He was later sent to three days police custody by a local court.

Kalra was on the run for over a week since the seisure of more than 500 oxygen concentrators from his restaurants like Khan Chacha, Town Hall, and Nega & Ju.

Police have said the concentrators seized from Kalra's restaurants were imported from China and were being sold at an exorbitant price of Rs 50,000-Rs 70,000 a piece as against a cost of Rs 16,000-Rs 22,000 per piece.

An oxygen concentrator is a vital medical equipment used to provide oxygen to COVID-19 patients and they are in high demand amid the second wave of the pandemic being witnessed by the country at present.

The police have pressed charges under Section 420 (cheating), 188 (disobedience to order promulgated by public servant), 120-B (criminal conspiracy) and 34 (common intention) of the Indian Penal Code, Essential Commodities Act and Epidemic Diseases Act against Kalra and others.

Four employees of Matrix Cellular company, including its CEO and vice president, were also arrested in this case by the police.

They were, however, granted bail by the court.