A ramp for the Oxygen Express was built by the Central Railway at Kalamboli overnight to facilitate loading of the roll-on-roll-off oxygen trucks on the train. 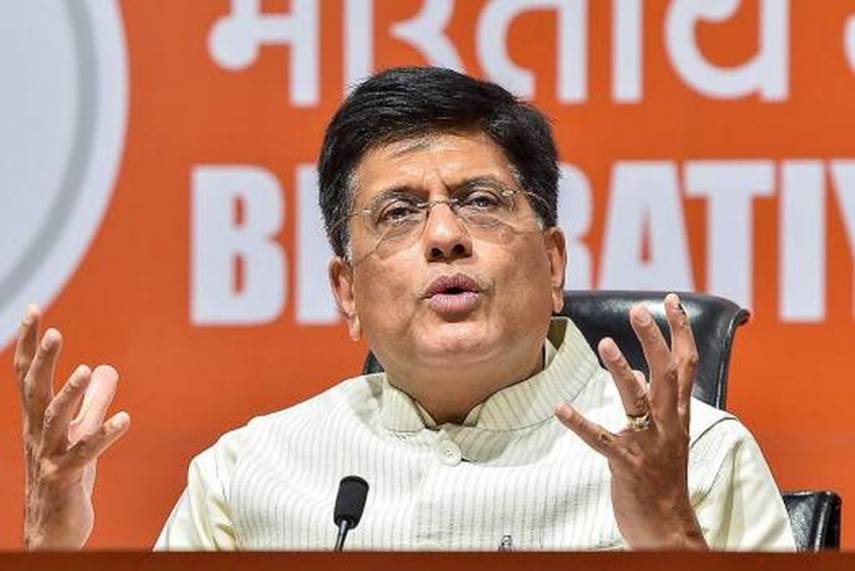 The Indian Railways' Oxygen Express train, announced by Railways Minister Piyush Goyal has left Kalamboli goods yard in Navi Mumbai, with seven tankers for Vizag where it will be loaded with medical oxygen for Maharashtra.

A ramp for the Oxygen Express was built by the Central Railway at Kalamboli overnight to facilitate loading of the roll-on-roll-off oxygen trucks on the train.

The rolling stock for the same has been funded by the Indian Army and is maintained by the Railways.

"The roll-on-roll-off service with seven empty tankers departed from Kalamboli goods yard for Visakhapatnam steel plant siding at 8.05 pm today. This train will move via Vasai Road, Jalgaon, Nagpur, Raipur Junction to Visakhapatnam steel plant siding in East Coast Railway zone where it will be loaded with liquid medical oxygen," the railways said.

Madhya Pradesh and Maharashtra state governments had earlier approached the Railways Ministry to explore whether liquid medical oxygen tankers could be moved by the rail network, officials said.

On the receipt of the request from the two states, the Railways explored the technical feasibility of transportation of liquid medical oxygen and decided that it has to be transported through roll-on-roll-off service with road tankers placed on flat wagons.

"Since the first empty tankers will move on April 19, we hope to begin operations of Oxygen Express over the next few days. We would be able to send oxygen wherever there is such demand. A green corridor is being created for fast movement of Oxygen Express trains," an official had said.

A meeting was held between Railway Board officials and state transport commissioners and representatives of the industry on April 17 on issues related to transportation of liquid medical oxygen.

"Instructions have been issued to zonal railways to ensure readiness to receive the trailers and load them. Ramps have to be built at Vizag, Angul and Bhilai and the existing ramp at Kalamboli is to be strengthened. Ramps at other locations would also be ready in a couple of days by the time the tankers reach those locations.

"Due to restrictions of the height of Road Over Bridges and over-head equipment at certain locations, the model of road tanker T-1618 with a height of 3,320 mm was found feasible to be placed on flat wagons (DBKM) with a height of 1,290 mm," the railways said in a statement.

In order to ensure that parameters of transportation are tested, trials were conducted at various locations, it said.

On April 18 a trial was organised by the Western Railway at Boisar where a loaded tanker was placed on a flat DBKM wagon and all the required measurements were taken.

In order to enable a commercial booking and freight payment for roll-on-roll-off movement of liquid medical oxygen in cryogenic tankers, the Railway Ministry had issued a circular on April 16 providing all necessary details and guidance on the matter.