Oxygen Shortage Likely To Ease In The Next Few Days, Says Industry Expert

But challenges such as collection of empty cylinders from small industrial consumers, logistics of transportation remain, he said. 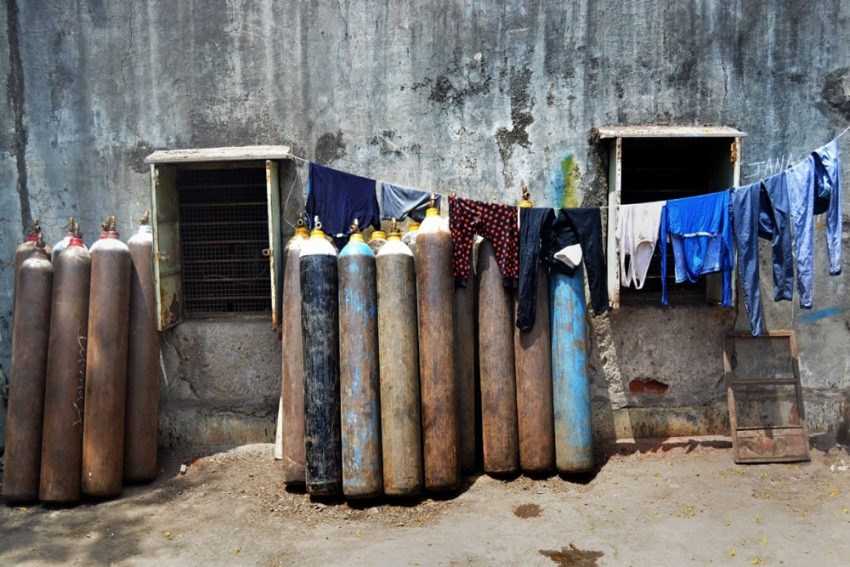 Medical oxygen supplies should hopefully become normal over the next few days with the government having directed manufacturers to shift from the production of industrial oxygen to medical needs given the severe shortages being faced in many parts of the country, including Delhi and surrounding areas.

Most of the oxygen manufactured in India goes into industry consumption where it is used for various purposes, including soldering. “Since industrial oxygen manufacturing capacity has been diverted to medical needs, there is sufficient capacity within India to produce oxygen to meet the demands arising out of Covid situation,” stresses K.E. Raghunathan, convenor, Consortium of Indian Associations, and Former national president of All India Manufacturers Organisation.

There is, however, concern over the availability of oxygen cylinders, as many are still with industrial consumers. Collection of empty cylinders from small industrial consumers, logistics of transportation to different end-users are some of the hitches that could slow down the implementation of the government’s plans to ensure a ready supply of medical oxygen. Once these hitches are tackled, the short supply should vanish provided the government ensures that the non-institutional supply of medical oxygen is regulated, states Pavan Choudary, chairman of the Medical Technology Association of India.

Industry observers stress that the shortage is not uniform across the country as in many states better management combined with less congestion and demand is ensuring smooth supply of medical oxygen. This includes states like Tamil Nadu, Kerala and Odisha among others.

Besides diversion of industrial oxygen capacity for production of medical oxygen, the government is tapping defense oxygen supplies as also Tejas, the Light Combat Aircraft (LCA) developed in India, which has on-board oxygen generation technology.

Industries in the business of oxygen production are tightlipped about what is being done with the supplies held by manufacturing units in 100 per cent export zones with the exports of oxygen having been banned recently keeping in view the domestic crisis. Sources claimed that state governments have been given the task of ensuring institutional supplies of the stocks with manufacturing units in the various zones.

“The state governments are determining where the supplies should go. This in some cases is leading to restrictions in the smooth supply,” market sources claim.

The anxiety over short supply of oxygen has risen to such levels that one oxygen-laden truck was reported to have been robbed near Sagar in Madhya Pradesh.

Sources in Delhi claimed that the situation has become more stressed in the last few days owing to mismanagement and hoarding by unscrupulous individuals. What has further compounded the situation is the shortage of oxygen concentrators, which can be used at home provided cost is not an issue.