Many well-heeled candidates in Tamil Nadu are offering expensive gifts and cash prize to paty workers to extract the maximum effort and energy from them in the 2019 Lok Sabha elections. 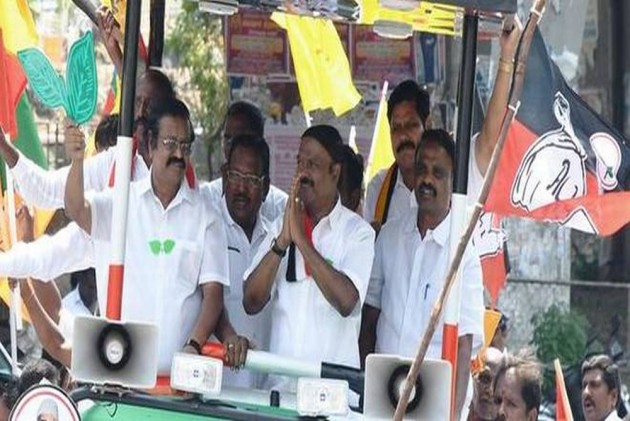 It is wrong to offer gifts to voters but it is okay to dangle them before party workers. That is the poll mantra presently being followed by many well-heeled candidates in Tamil Nadu as they try to extract the maximum effort and energy from their cadres.

Millionaire candidates of the DMK and AIADMK have come up with a dream list of incentives to rev up their party functionaries and booth agents to bring in the votes. Here is a look at who is offering what.

DMK’s former Union Minister S. Jagatharakshagan, who is contesting from Arakonam, has promised Rs. 1 crore to the in-charge of that assembly constituency (there are six in each Lok Saha seat) where he polls the highest number of votes. In fact Jagathrakashagan, who runs a string of educational institutions, owns a star hotel and has also reportedly invested in a mega refinery in Sri Lanka, is one of the four billionaire candidates from Tamil Nadu with a declared total wealth of Rs. 114.69 crores.

On the AIADMK side A.C. Shanmugam, who runs his own political outfit but is contesting on the AIADMK symbol from Vellore, has promised to gift one Bullet motorcycle each in every Assembly constituency to those functionaries who fetch the maximum votes in their respective areas. He has also assured that the booth agents and their families would be taken on an India tour by a special train. Important party functionaries would be eligible for foreign trips as well, he has declared. Shanmugam who also owns educational institutions is another billionaire candidate with a declared wealth of Rs.125.83 crores.

Not to be outdone, the DMK candidate from Vellore Kathir Anand and his father and senior MLA and DMK treasurer Durai Murugan have announced a prize scheme of Rs.50 lakhs for his party functionaries. Anand manages the family’s engineering college. In Thoothukdui, where DMK’s women wing leader Kanimozhi is in the field, the cadres have been tempted with the promise of gold chain and rings by the district secretary Anitha Radhakrishnan.

The state’s wealthiest contestant happens to be H. Vasantha Kumar of the Congress who is challenging Union Minister Pon. Radhakrishnan of the BJP from Kanyakumari. Vasantha Kumar, a sitting MLA, with a declared wealth of Rs. 417 crores owns the state’s largest white goods retail chain. Though he has not openly announced any incentive scheme, party insiders say that he rewards party workers with TV and fridge whenever he contests elections.

It is normal for winning candidates to present their most sincere and hardworking functionaries with gold chain or ring but holidays and motorcycles that cost more than Rs. One lakh each is unheard of. The prize schemes, however, come with an undeclared rider – you qualify only if the candidate wins the election. An unsuccessful candidate will be busy licking his wounds than sending his supporters on a paid holiday.

Activists want the Election Commission to take note of these announcements and include them in the election expenses of the respective candidates. But even here the contestants will look for an escape route, says a chartered accountant. “The winners, if they decide to honour their promises, would do so after elections are over and they’ve submitted their poll expense accounts to the EC. And they would also ensure that the money for the prize schemes come from those of their family members or business establishments so they cannot be linked to their expense accounts,” he explained.