Separatist Khalistani groups backed by Pakistan are quietly gaining ground in the United States, a top American think tank has warned, ruing that the US government has so far remained indifferent to the appeals made by New Delhi to curb their destabilizing anti-India activities. 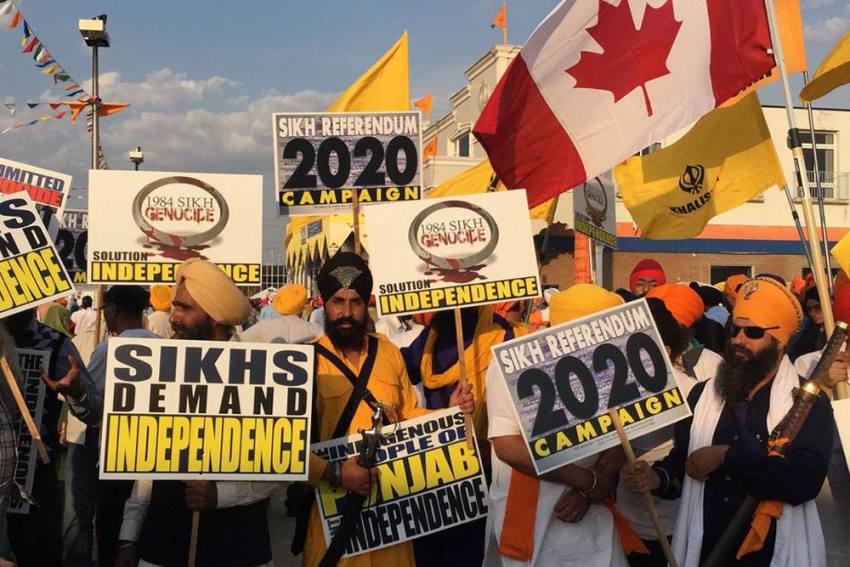 In a recent report by a top American think tank, Hudson Institute, 'Pakistan's Destabilization Playbook: Khalistani Activism in the US' published on Tuesday, it examines the conduct of “Khalistan and Kashmir separatist groups within the United States” to investigate their support by Pakistan.

The report looks at these groups’ ties to militant and terrorist outfits in India, and the possible detrimental effects of their activities on US foreign policy in South Asia.

The report demonstrates that "like Pakistan-based Islamist terrorist groups, the Khalistan groups can emerge under new names.”

“Unfortunately, the United States government has shown no interest in violence committed by Khalistan activists, even though the Khalistan campaign’s most ardent supporters are located in western countries such as the United Kingdom, Canada, and the United States,” it said.

“Unless the US government prioritises oversight of Khalistan-related militancy and terrorism, it is unlikely to identify groups that are currently engaged in violence in Punjab in India or are preparing to do so. One seldom finds what one is not looking for," it said.

Hudson Institute says that anticipation constitutes a crucial part of national security planning, and, therefore, investigating, within the limits prescribed by law, the activities of Khalistani groups located in North America is important to preventing a reoccurrence of the violence orchestrated by the Khalistan movement in the 1980s.

Importantly, the recent increase in Khalistan-related anti-India activism within the US is occurring as the United States and India are collaborating to confront the rise of China, especially in the Indo-Pacific, it said.

"The Khalistan movement's history and recent mobilisation should serve as a reminder that, unless the threat it poses is somehow preempted, it could expand to a level where action might be too late to prevent large-scale loss of life," it said.

The report calls upon the US government to India's concerns seriously and dedicates the requisite intelligence and law enforcement resources to help India address these concerns.

The report said the US government should Include all groups responsible for terrorist attacks in India in its list of designated global terrorist groups and designate as terrorists the various individuals that India and US intelligence and law enforcement have established as being connected to designated terrorist entities.

Observing that Sikh radical groups are active in the New York area and in California, the report said that in addition to disseminating anti-India propaganda, the focus of these organizations is advocating the Khalistan cause, and to secure the support they target local politicians, US think tanks, and human rights activists.

“Khalistan activists also use Sikh places of worship, gurdwaras, to attract followers, organising special events to commemorate the ‘martyrdom’ of terrorists in Punjab. They also commemorate Operation Blue Star and the 1984 anti-Sikh riots to proselytise younger Sikhs into believing that there is a religious conflict between Sikhs and other Indians,” it added.