Pak Will Engage With India In 'Dignified Manner', Up To Delhi To Decide: Pak FM Shah Mehmood Qureshi

'India has to make this decision, we are neither in haste, nor troubled. When India prepares itself, it would find us prepared, but we will hold talks on the basis of equality, in a dignified manner,' said Pakistan Foreign Minister Shah Mehmood Qureshi. 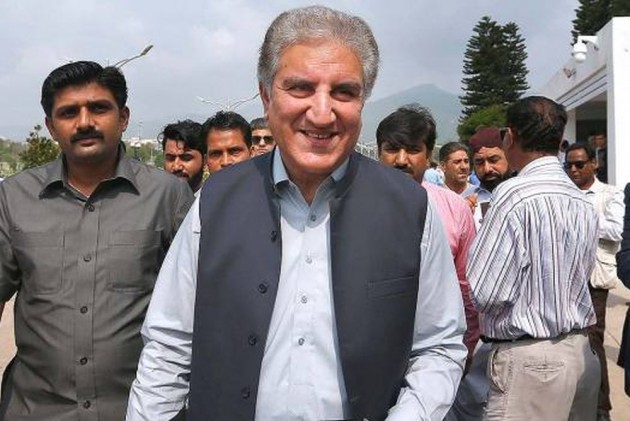 Pakistan will hold talks with India on the "basis of equality" and in a "dignified manner", and it is up to New Delhi whether to engage with Islamabad to resolve all outstanding issues, Foreign Minister Shah Mehmood Qureshi has said.

Qureshi, who was in the Kyrgyz capital to attend the 19th Shanghai Cooperation Organisation (SCO) Summit, said this while confirming exchange of plesantaries between Pakistan Prime Minister Imran Khan and his Indian counterpart Narendra Modi here on Friday on the sidelines of the multilateral meeting.

"Yes, the meeting did take place, there was a handshake and exchange of pleasantries," Qureshi told Geo News.

He accused the Indian government of being in the "election mindset" to keep their "vote bank intact".

"Pakistan has said what it had to," Qureshi said.

"So India has to make this decision, we are neither in haste, nor troubled. When India prepares itself, it would find us prepared, but we will hold talks on the basis of equality, in a dignified manner.

"Neither we need to run after anyone, nor we need to demonstrate stubbornness. Pakistan's approach is very realistic and well thought-out," Qureshi said when asked to comment on demand by some people that Pakistan should not repeatedly invite India for talks.

He said India had to make a decision whether to hold bilateral talks with Pakistan to resolve all outstanding issues, and that Pakistan sought the dialogue to be based on equality.

"India has not come out of its election mindset and the extreme position they had taken to influence their constituency and to keep their vote bank intact. It is still confined in that," Qureshi said.

The exchange of pleasantries between Khan and Modi came over two weeks after Khan and Qureshi wrote separate letters to their Indian counterparts, pushing for restarting the bilateral talks.

Khan had also made a telephone call to Modi on May 26 and expressed his desire to work together for the betterment of people of the two countries.