Pakistan Army has dismissed a statement by the Indian Chinar Corps commander - in which he accused Pakistan of being involved in disrupting the peace in Kashmir Valley - as "usual blatant lies". 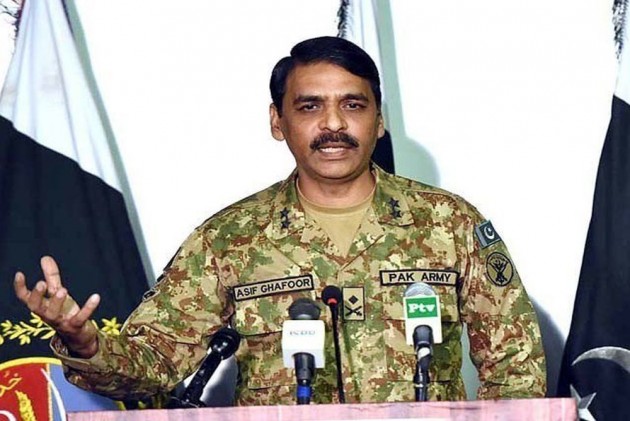 The Pakistan Army on Friday said that if there is an attempt by India to undertake any "misadventure", then its response will be "even stronger than that of February 27", as tensions escalate between the two neighbours following New Delhi's revocation of special status for Jammu and Kashmir.

"Should there be an attempt by Indian Army to undertake any misadventure, Pakistan's response shall be even stronger than that of Feb 27, 2019," said Pakistan armed forces' media wing Inter-Services Public Relations (ISPR) Director General Asif Ghafoor on Twitter.

"Thousands of Indian troops have failed to suppress just struggle of brave Kashmiris for decades. Current surge won't succeed either," he added.

Indian Air Force pilot Wing Commander Abhinandan Varthaman was captured in Pakistan on February 27 after his MIG-21 Bison fighter jet was shot down during an aerial dogfight between the Indian Air Force and the Pakistan Air Force near the Line of Control (LoC). He was later released by Islamabad as a "goodwill gesture".

Ghafoor also dismissed a statement by the Indian Chinar Corps commander - in which he accused Pakistan of being "involved in disrupting the peace in Kashmir Valley" - as "usual blatant lies".

Earlier, Chinar Corps Commander Lt. Gen. Kanwal Jeet Singh Dhillon, during an interaction with reporters, was asked if he thought Pakistan would "increase their attempts to try and spoil the law and order situation in the valley".

He replied: "The Pakistan Army and Pakistan have always been involved in disrupting the peace in Kashmir Valley. So I would like to believe that they are good enough to do it and recently there's been statements which have come up in which they are openly threatening about certain incidents in the valley.

"Notwithstanding we will take care of all of them, let anyone come and try and disrupt the peace in valley, we will have him eliminated."

Ghafoor termed Dhillon's statement as "an attempt to carve out casus belli for a misadventure to divert world attention from precarious situation and atrocities in (Indian occupied Jammu and Kashmir)".

"Casus belli" is a Latin expression meaning "an act or event that provokes or is used to justify war".