Underworld don Ibrahim, who heads a vast and multifaceted illegal business, has emerged as India's most wanted terrorist after the 1993 Mumbai bombings. 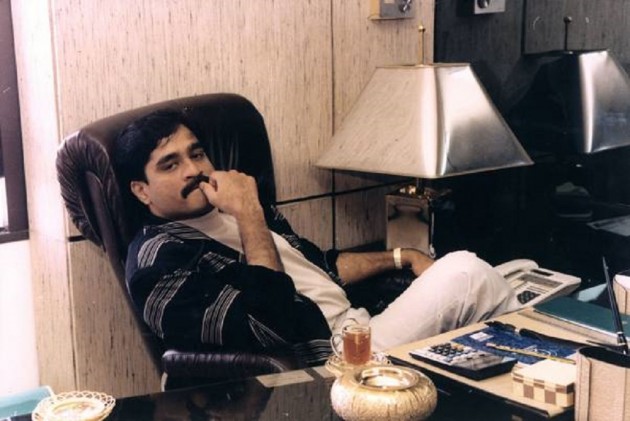 Days after including India's most wanted terrorist Dawood Ibrahim on its new sanctions list, Pakistan on Sunday tried to wriggle out of its admission on his presence in the country by claiming that its notifications about the 88 banned terror groups and their leaders were based on the details provided by the UN.

The Pakistan government ordered the seizure of all movable and immovable properties of these outfits and individuals, and freezing of their bank accounts.

Underworld don Ibrahim, who heads a vast and multifaceted illegal business, has emerged as India's most wanted terrorist after the 1993 Mumbai bombings.

In 2003, the US declared Ibrahim as a Specially Designated Global Terrorist. India has repeatedly asked the Government of Pakistan to hand over Ibrahim to India so that he can be prosecuted for the crimes committed by him. It is reported that Ibrahim is based in the southern port city of Karachi.

Pakistan's Foreign Office issued a midnight statement in response to the media reports that Islamabad had admitted in the two new notifications issued on August 18 that Ibrahim was residing in the country.

It said that the SROs (Statutory Regulatory Orders) issued reflect the information contained in the list entry of UN designated individuals/entities. It said the reports in certain sections of the media about Pakistan imposing new sanctions measures, through these SROs, were not factual.

The assertions made by some sections of the media, as to Pakistan admitting to the "presence of certain listed individuals on its territory, based on the information contained in the SRO, are baseless and misleading", it claimed.

"It is once again reiterated that the information contained in the SRO is reproduced as per the details in the list entry of the individuals/entities designated under the two sanctions regime, which is publicly available, and contains names of individuals who despite their confirmed deceased status still continue to be on the sanctions list," it said.

The Foreign Office said that the Ministry of Foreign Affairs issued two consolidated SROs on August 18, reflecting the current status of the UN Taliban and ISIL (Da'esh) and AQ Sanctions list.

These lists contain names of individuals and entities designated under the two sanction regimes established pursuant to the UN Security Council resolutions, it said, adding that the consolidated SROs are issued periodically as a routine matter.

Similar SROs have been issued by the Ministry of Foreign Affairs in the past, as per statutory requirements to meet our international obligations. The last such SROs were issued in 2019, the Foreign Office said.

The Paris-based FATF put Pakistan on the grey list in June 2018 and asked Islamabad to implement a plan of action by the end of 2019, but the deadline was extended later due to COVID-19 pandemic.

Though various sanctions were in place against almost all of those listed by the UNSC, the Pakistan government through the new notifications on Friday consolidated and documented the previously announced measures, Pakistani media reports said on Saturday.

The UNSC Sanctions Committee deals with sanctions on entities and individuals declared as terrorists. All states, including Pakistan, are bound to implement the sanctions which include assets freeze, an arms embargo, and travel ban.

It is believed that the latest move by the Pakistan government is part of its efforts to wriggle out of the grey list of the global money laundering and terrorist financing watchdog FATF.

On August 12, Pakistan Parliament's lower house passed four bills related to the tough conditions set by the FATF after the government and the Opposition reached a consensus.

The legislation was part of the efforts by Pakistan to move from the FATF's grey list to the white list.

In its third and final plenary held virtually due to the COVID-19 pandemic in June, the FATF decided to keep Pakistan in the "grey list" as Islamabad failed to check the flow of money to terror groups like Lashkar-e-Taiba (LeT) and Jaish-e-Mohammed (JeM). The plenary was held under the Chinese Presidency of Xiangmin Liu.

With Pakistan's continuation in the 'grey list', it will be difficult for the country to get financial aid from the IMF, World Bank, ADB, and the European Union, thus further enhancing problems for the nation which is in a precarious financial situation.

If Pakistan fails to comply with the FATF directive by October, there is every possibility that the global body may put the country in the 'Black List' along with North Korea and Iran.

The FATF is an inter-governmental body established in 1989 to combat money laundering, terrorist financing, and other related threats to the integrity of the international financial system.

The FATF currently has 39 members including two regional organisations - the European Commission and Gulf Cooperation Council.