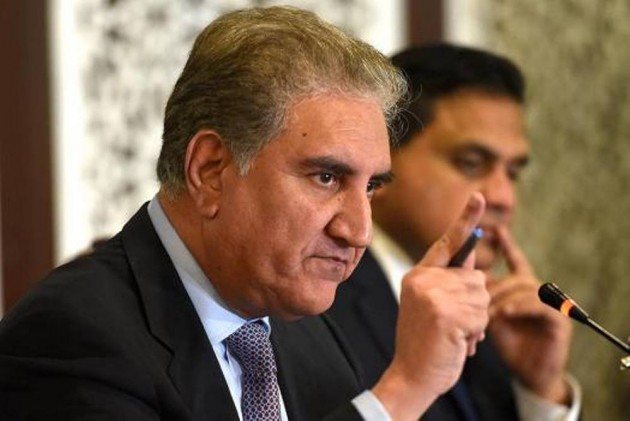 Pakistan on Sunday said it had rejected India's request to allow Prime Minister Narendra Modi's VVIP flight to use its airspace on his upcoming visit to Saudi Arabia, citing alleged human rights violations in Jammu and Kashmir.

The decision has been taken in context of the "black day" and in view of the alleged human rights violations in Jammu and Kashmir, the statement further read.

Pakistan is observing black day on Sunday in support of Kashmiris.

Qureshi said the Indian High Commissioner is being informed of this decision in written.

On Monday, Modi will travel to Saudi Arabia, where he will attend an international business forum and hold talks with top Saudi leadership.

In September, too, Pakistan had denied India permission to use its airspace for Modi's visit to the US to attend the UN General Assembly.

Pakistan also refused India's request to allow President Ram Nath Kovind to use its airspace for his flight to Iceland the same month.

Pakistan fully closed its airspace in February after an Indian Air Force strike on a Jaish-e-Mohammed (JeM) terror camp in Balakot. The country opened its airspace for all flights except for New Delhi, Bangkok and Kuala Lumpur on March 27.

In June, Pakistan "specially" opened its airspace for the flight of Prime Minister Modi to Bishkek to attend the SCO summit. However, India decided not to use the Pakistani airspace for the VVIP aircraft.

Tensions between India and Pakistan spiked after India abrogated provisions of Article 370 of the Constitution to withdraw Jammu and Kashmir's special status and bifurcated it into two union territories, evoking strong reaction from Pakistan.

India has categorically told the international community that the scrapping of Article 370 was an internal matter and also advised Pakistan to accept the reality. ''