The Pakistan move came soon after the NSA Ajit Doval meet on which was boycotted by Pakistan and China. 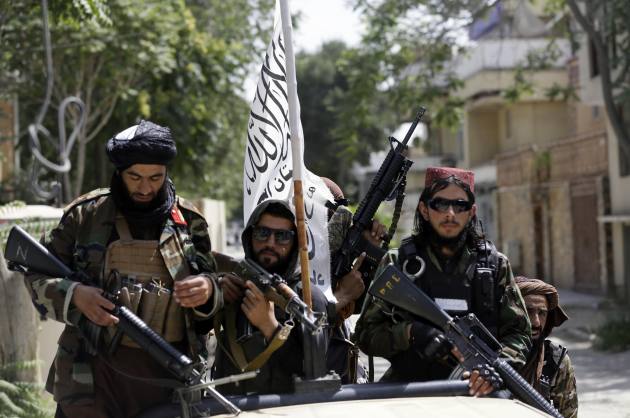 A day after Ajit Doval’s Afghanistan meet in Delhi, boycotted by Pakistan and China, Islamabad held a gathering of diplomats from US, Russia and China on Thursday. For good measure Taliban’s acting foreign minister Amir Khan Muttaqi, now on his first official visit to Islamabad will also meet with the envoys of the three countries plus other envoys, making New Delhi’s NSA security dialogue seem rather tepid.

The Delhi declaration mirrored statements issued after every other meet on Afghanistan in recent months. Afghan soil should not be used for terror attacks on other countries, an inclusive representative government in Kabul, collective cooperation against extremist and radical ideology, and hopes for a stable Afghanistan at peace with itself. Considering the humanitarian crisis in the country there was an appeal for unimpeded aid to flow into Afghanistan.

This was basically India’s input to remind Afghanistan that New Delhi’s efforts to reach wheat, a staple for Afghans, was obstructed by Islamabad’s decision not to allow access through Pakistan.

At Thursday's weekly news briefing, foreign office spokesman Arindam Bagchi was asked about Pakistan and China’s refusal to accept Doval’s invitation. Though he did not say much about China’s problem of dates, his comment on Pakistan was pointed. "Pakistan was invited, they did not come. It shows their attitude over the Afghanistan issue if they did not come to such important meetings," Bagchi said.

The Taliban government is keen to ensure the flow of international funds to Afghanistan and kick start economic activity. The country is facing a massive humanitarian and economic crisis, with the UN agencies warning for months that the country could face starvation. Though the Taliban was not invited to the Delhi meeting, its reaction was mild. Asked about the two meetings in Pakistan and India on Afghanistan, the Taliban spokesman Zabehulah Mujahid said a day earlier : “We look forward to talks in Pakistan, very positive about the outcomes that are to come...The talks in India, we look forward to positive developments through these talks.”

At the moment the Taliban is not in the mood to displease any country as it is desperately looking for international legitimacy. Also, it is unlikely that Taliban will close its doors to India in future, despite the best efforts of Pakistan.

Islamabad’s meeting on Afghanistan was attended by special envoys of the troika plus format, organised by Pakistan’s foreign ministry. Ambassador Mohammad Sadiq, Pakistan’s special representative for Afghanistan, Thomas West, the State Department’s newly appointed points-person, Russia’s special envoy Zamir Kabulov, and China’s Yue Xiaoyong, are gathered in Islamabad for a conversation on Afghanistan. Incidentally this is the first visit to the region by Thomas West, who has replaced longtime diplomat Zalmay Khalilzad, responsible for the US-Taliban agreement in February which paved the way for American troops to leave Afghanistan. In fact, both President Trump and Joe Biden in their haste to leave are responsible for handing over Afghanistan on a platter to the Taliban.

Ahead of West’s visit, State Department spokesman Ned Price said at a briefing: "Together with our partners, he will continue to make clear the expectations that we have of the Taliban and of any future Afghanistan government."

Earlier this week, West was in Brussels to brief NATO allies on US views on Afghanistan. He noted that the Taliban was keen to see aid resumed as well as to normalise ties with the international community. So far, the world has not formally recognised the new rulers of Afghanistan, insisting on inclusive government, respect for human and women’s rights and a clear commitment not to allow its soil to be used against any other nation. The Taliban has promised to follow the red-lines, but so far it remains symbolic. Women across Afghanistan are unhappy with restrictions put on them. West called for unity from allies on these issues, and said that Washington "can deliver none of these things on our own".

In his opening remarks, Pakistan’s foreign minister Shah Mehmood Qureshi made a passionate appeal to the international community to consider the plight of Afghans: "Today, Afghanistan stands at the brink of an economic collapse," Qureshi said, adding "It is, therefore, imperative for the international community to buttress provision of humanitarian assistance on an urgent basis."

nation seciThe simple fact is Afghanistan continues to be a major headache for the international community and no one quite knows how to ensure stability. Conferences and round tables can do little to change the ground situation in Afghanistan.