Pakistan’s media is on the warpath and ready to push back against the men in uniform and the government of weak-kneed Prime Minister Imran Khan. 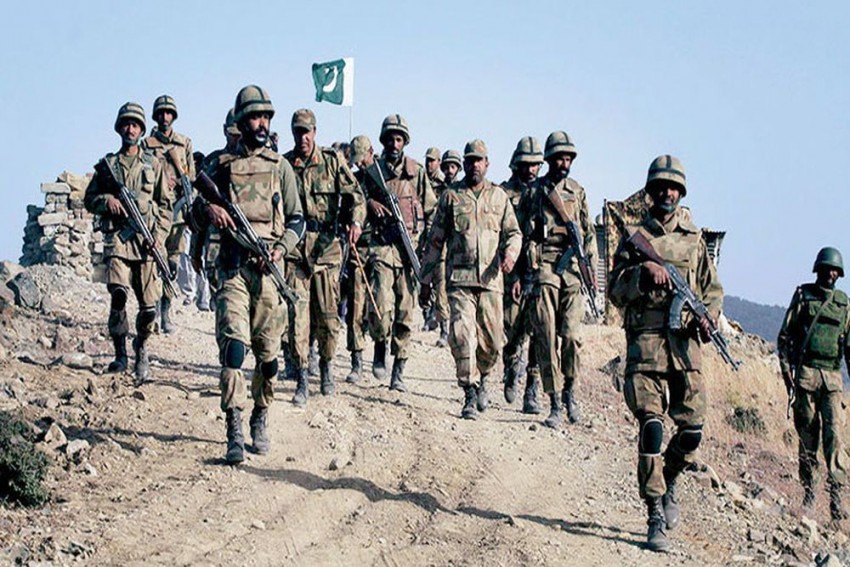 Pakistan’s media is now taking on the all-powerful military and has openly warned the army that enough is enough. If the attacks continue journalists are willing to strike back. No, not with guns and batons but by exposing the dark secrets of the men in uniform. A tantalizing glimpse of what this could mean was on display during a protest demonstration at Islamabad’s National Press Club.

Pakistan’s media is on the warpath and ready to push back against the men in uniform and the government of weak-kneed Prime Minister Imran Khan. Taking on the army are some of the biggest names and shining stars of Pakistani journalism. Perhaps the most important is Hamid Mir, famous for interviewing Al Qaeda chief Osama Bin Laden and his prime time show Capital Talk is watched by politicians, generals, and ordinary people. Mir was among the journalists gathered on May 25 to protest the assault on blogger Asad Ali Toor, whose YouTube shows regularly take on the men's uniform. Three men barged into his home in Islamabad and assaulted him. Toor claimed they openly declared they were from ISI. So far the police have done nothing to apprehend the culprits.

Speaking at the meeting Hamid Mir said some deadly, damaging stuff on the army. Something no one has dared to openly say while living and working out of Islamabad. Mir said that if "you" ISIS-army can come into our houses and attack us, we can’t do the same. But we too can expose what happens inside your homes and he gave a hint of what the press could do.

Pakistan And The Curious Case Of Rollback Khan

Hamid referred to the fact that a senior general was allegedly shot at by his wife in their home for his dalliance with another woman, referred to as General Rani. The man in question is none other than Lt General Faiz Hameed, the current chief of Pakistan’s powerful spy agency. Hamid did not name him, but the reference was obvious to those in the know in Pakistan. He had to be hospitalized and operated on. The reference to General Rani is a throwback to Pakistan’s former dictator General Yahya Khan. The year was 1971 a time of great stress for the country as the Pakistani garrison in Dhaka surrendered to the Indian forces and Bangladesh was born. It is said that during Yahya Khan’s term from 1969-1971, as martial law administrator, one of the most important figures in Islamabad was his mistress, referred to as General Rani. The story goes that nothing moved in Yahya Khan’s Pakistan without the approval of the glamourous Akleem Akhtar. People wanting favors had to have the ear of General Rani. . Hamid Mir’s reference was well understood by people in Pakistan as whispers about the current ISI chief and his lady friend who has been doing the rounds in Pakistan for quite some time. Interestingly she is said to be the daughter or relative of the original general rani and as glamorous.

This provocative speech by Hamid Mir has sent shock waves through the establishment. Mir was taken off Geo TV, thanks to pressure from the authorities. What the next step is in this saga remains to be seen. Hamid Mir has been under attack earlier too. His car was stopped and he came under a barrage of gunfire in Karachi in 2014. This was at a time when he ran a series of programs on human rights abuse by the Pakistan army in Balochistan. He survived the bullets and had to spend months in hospital. But this did not deter Hamid Mir. He continued exposing those in power. This year Mir reported on an attack on March 17, on Ajay Kumar Lalwani in Sukkur. The journalist was investigating the case of Irfan Jatoi, killed by the police in a fake encounter. Lalwani had been receiving death threats for his investigation before the armed attack on him. Unfortunately, the young man did not survive, Mir reported.

While in opposition Imran Khan had been a great admirer of Hamid Mir, who had relentlessly attacked Pervez Musharraf and exposed the corruption of the PML when they were in power. Khan promised a free press when he took office. Today the Prime Minister lashes out at the press and brooks no opposition as journalists continue to be under attack.

Pakistan journalists have had it rough through the years but managed to show exemplary resilience. Before the assault on Toor, Absar Alam, a journalist close to the Pakistan Muslim League (PML), was shot. Last July journalist Matiullah Jan another journalist was picked up and abused to intimidate him. In 2016, Cyril Almedia a senior editor working for Dawn was forced to quit, thanks to the army pressure. He had reported the slanging match between the army and the Nawaz Sharif government in detail when the civilian authorities blamed the army for constant interference in its working. In 2011, well-known journalist Saleem Shehzad disappeared for three days. His body was later recovered from a canal outside Islamabad.

Fighting with the military is not easy considering the army continues to be immensely popular among large sections of citizens. The Pakistan army has managed over the years to ensure that its reputation is not tarnished. Despite the corruption, the power plays the womanizing nothing is reflected in the media. For ordinary Pakistani’s the army is the pride of the nation, the institution that saves them from corrupt politicians and keeps the borders safe from India.

The Imran Khan government is trying to further control the press by bringing in the Pakistan Media Development Authority ordinance 2021. If this comes through media outlets, regulations like annual no-objection certificates will be stifled to continue operations, suspensions, and hefty fees for falling short of the standards outlined by the government. In short forcing television and newspapers to toe the line.

Pakistan’s journalists are in no mood to be pushed around. Much will also depend on how Rawalpindi faces up to the challenges thrown up by the press.