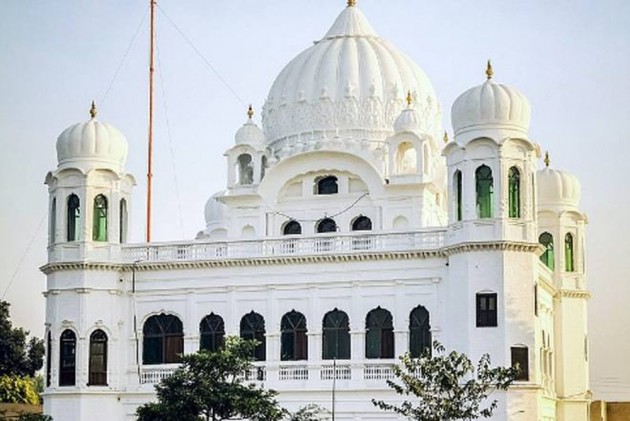 Pakistan on Tuesday proposed July 14 for the second meeting with India to discuss the draft agreement for finalising the modalities of the Kartarpur corridor and related technical issues, the Foreign Office said on Tuesday.

The corridor will connect Darbar Sahib in Pakistan's Kartarpur with Dera Baba Nanak shrine in Gurdaspur district and facilitate visa-free movement of Indian Sikh pilgrims, who will have to just obtain a permit to visit Kartarpur Sahib, which was established in 1522 by Sikh faith founder Guru Nanak Dev.

"Pakistan, today, conveyed to India that the second meeting to discuss the draft agreement for finalising the modalities of Kartarpur Corridor and related technical issues will be held on 14th July 2019 at Wagah," the FO said.

"The Indian side has been requested to convey the composition of its delegation," it said in a brief statement.

It said Pakistan was committed to expedite progress on the matter to ensure that the corridor is operationalised in time for the 550th birth anniversary celebrations of Guru Nanak Dev in November 2019.

The first meeting of officials of Pakistan and India to finalise the modalities of the landmark corridor was held in Attari in the shadow of escalating bilateral tensions in March following the Pulwama terror attack by a suicide bomber of Pakistan-based Jaish-e-Mohammed on February 14.

The meeting was "constructive" and the discussions were held in a "cordial environment", the Foreign Office had said.

India had conveyed its concerns over the presence of several Khalistani separatists in a committee appointed by Pakistan on the Kartarpur corridor.

The FO had said that the 10-member purely-religious committee referred to by India was indeed PSGPC and was not specific to Kartarpur but responsible for upkeep of all Sikh Gurdwaras in Pakistan.

Kartarpur Sahib is located in Pakistan's Narowal district across the river Ravi, about four km from the Dera Baba Nanak shrine.

Early this month, Pakistan Prime Minister Imran Khan's government earmarked Rs 100 crore in the federal budget 2019-20 for the development of the much-awaited corridor.

The funds will be used for land acquisition and development of infrastructure of Kartarpur under Public Sector Development Programme (PSDP) for the next financial year 2019-20. PTI