Pakistan has also decided to approach the United Nations, including the Security Council, over India's move on Jammu and Kashmir. 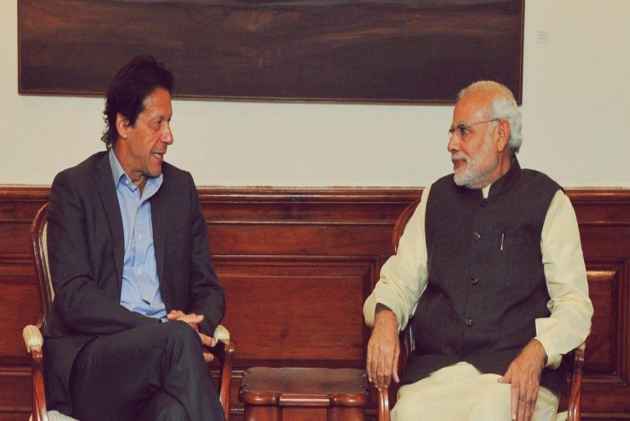 Pakistan on Wednesday expelled Indian High Commissioner Ajay Bisaria, minutes after it decided to downgrade the diplomatic ties with India, alleging that New Delhi's move to revoke the special status of Jammu and Kashmir was "unilateral and illegal".

This was announced after Pakistan Prime Minister Imran Khan chaired a crucial meeting of the National Security Committee (NSC) here, attended by top civil and military leadership, during which it was also decided to suspend the bilateral trade and review the "bilateral arrangements".

BJP's National General Secretary Ram Madhav, however, responded, "Pakistan has no locus standi on this issue. Indian Parliament had taken a decision about Article 370 in J&K, & that's an internal matter. No other nation has locus standi to react on this."

A $5 Trillion Economy By 2025? Why Kashmir Can Be The Apple Of India's Eye

Parliament Gives Nod To Bifurcation Of Jammu And Kashmir, Abrogation Of Article 370

"Our ambassadors will no longer be in New Delhi and their counterparts here will also be sent back," Foreign Minister Shah Mehmood Qureshi said in televised comments soon after the NSC meeting.

India on Monday revoked Article 370 of the Constitution to withdraw the special status given to Jammu and Kashmir and bifurcated the state into two Union Territories -- Jammu and Kashmir, and Ladakh.

1-Downgrading of diplomatic relations with India.
2-Suspension of bilateral trade with India.
3-Review of bilateral arrangements.
4-Matter to be taken to UN, including the Security Council.
5-14th of August to be observed in solidarity with brave
Kashmiris. #StandwithKashmir pic.twitter.com/v06GmMc5lG

While India's High Commissioner Bisaria is in Islamabad, his Pakistani counterpart Moin-ul-Haq is yet to take charge in New Delhi.

A statement issued after the NSC meeting read that the Committee discussed situation "arising out of unilateral and illegal actions" by the Indian government, situation inside Jammu and Kashmir and along the Line of Control.

The Committee decided "downgrading of diplomatic relations with India" and "suspension of bilateral trade with India," the statement said.

The NSC also decided to review "bilateral arrangements" with India.

The Committee resolved to take the matter (abolition of the Article 370 by India) to the United Nations, including the Security Council, the statement said.

India has said Jammu and Kashmir is an integral part of India and the issue is strictly internal to the country.

The Pakistani statement said that the country will observe this Independence Day on August 14 in solidarity with Kashmiris.

"August 15 will be observed as Black Day," it added.

Prime Minister Khan also directed that all diplomatic channels be activated to highlight the alleged human rights violations in the Valley.

He also directed the military to continue vigilance, according to the statement.

The NSC met after the meeting of top military generals and a rare joint session of parliament on the Kashmir issue on Tuesday. It was the second meeting of Pakistan's top decision-making body this week.

On Sunday, Prime Minister Khan convened the NSC meeting to discuss issues pertaining to national security in the wake of developments in the region.

Pakistan has condemned and rejected the Indian government's decision and vowed to exercise "all possible options" to counter India's "illegal" and "unilateral" step.

The NSC is the highest forum of civil and military top leadership to come together and discuss important matters of national security.

Amid mounting outrage, the Indian Air Force carried out a counter-terror operation, hitting the biggest JeM training camp in Balakot, deep inside Pakistan on February 26.

The next day, Pakistan Air Force retaliated and downed a MiG-21 in aerial combat and captured Indian pilot, who was handed over to India on March 1.