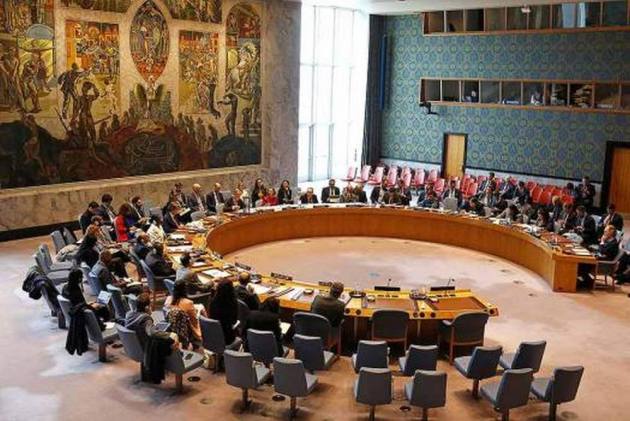 Pakistan Foreign Minister Shah Mehmood Qureshi on Monday left for Geneva where he will take up the Kashmir issue at the 42nd session of UN Human Rights Council (UNHRC).

The two-week session is slated to begin from Monday and will last till September 27, news agency IANS reported.

While chairing the second meeting of Kashmir Cell in Islamabad last week, the Foreign Minister had said that he would present the issue to the representatives of the world community, reports Geo News.

Qureshi also said he will "shake the global conscience on serious human rights abuses" in Kashmir.

Former Solicitor General of India, Harish Salve, who successfully pleaded the case of Kulbhushan Jadhav at the International Court of Justice recently, said raising the bogey of alleged human rights violations in Kashmir will expose Pakistans phoney concerns for the cause.

"The safety and security of its people is the responsibility of every constitutional government, and Pakistan's frustration at its inability to foment violence in Kashmir expressed as a phoney concern for human rights," said Salve in an email response to IANS.

His response came when asked to comment on the likelihood of Pakistan moving a resolution at UNHRC alleging human rights violations in Kashmir.

"Raising this issue before the international community shows Pakistan's political bankruptcy and an attempt from diverting public attention from their most prolific global export -- terrorism," Salve said, adding that Pakistan cannot alienate itself from terrorism.

Salve said he is hopeful that Pakistan is treated with contempt by the global community, which it deserves for acts like 26/11.

According to reports, the 42nd session of the Council will tackle a wide range of issues, examining 90 reports presented by 25 rights experts from across the world.

Besides Kashmir, discussions on Myanmar, Yemen, Ukraine, Libya, Somalia, Sudan, Central African Republic and Georgia will also be on the agenda.

In retaliation, Pakistan has formally suspended its bilateral trade with India with immediate effect and until further orders. Islamabad has also permanently suspended the Samjhauta Express, the Lahore-Delhi 'Dosti' bus service, and has also shut down the Thar Link Express, its last remaining train link with India.