Palaniswami Hits Out At DMK Government For Mishandling Tamil Nadu

"Though the law requires that a person be produced in court within 24 hours of being picked up by police, our party executives are being whisked away by the police under the pretext of inquiry and nothing is known about their whereabouts for two or three days," Palaniswami said. 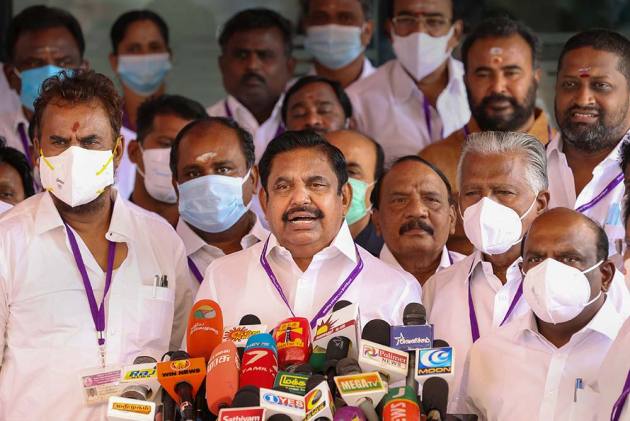 AIADMK top leader and former Chief Minister K Palaniswami  charged the DMK government for the lackadaisical maintenance of law and order in Tamil Nadu and claimed the ruling party was targeting the AIADMK schemes and its executives.

Accusing the DMK government of political vendetta in scrapping the welfare schemes launched by the previous AIADMK government, the Leader of Opposition in the State Assembly alleged that the law and order situation in Tamil Nadu deteriorated after the DMK came to power.

Crimes were on the rise and people, especially women, were feeling insecure under DMK rule. The banned gutka, clandestinely being brought from Andhra Pradesh and other States, is being sold in Tami Nadu, he told reporters after leading his party in staging a walkout from the Tamil Nadu Legislative Assembly during Governor R N Ravi’s maiden address to the House.

The police were acting as puppets of the DMK government, he alleged. "We walked out of the House today condemning the DMK, especially Chief Minister M K Stalin, who holds the home portfolio, for the deteriorating law and order situation in Tamil Nadu," Palaniswami explained.

The walkout was also to condemn the DMK government for winding up about 1,900 'Amma Mini Clinics' and Rs 2,000 Pongal gift schemes implemented by the previous AIADMK government, he said.

The move to close Amma Mini Clinics and deciding against providing Rs 2,000 in cash to the family ration cardholders only proved that the DMK government has become anti-people, the former Chief Minister said.