Enacting the new citizenship law was only a matter of time for the party after it came to power for the second time with a thumping majority in 2019. 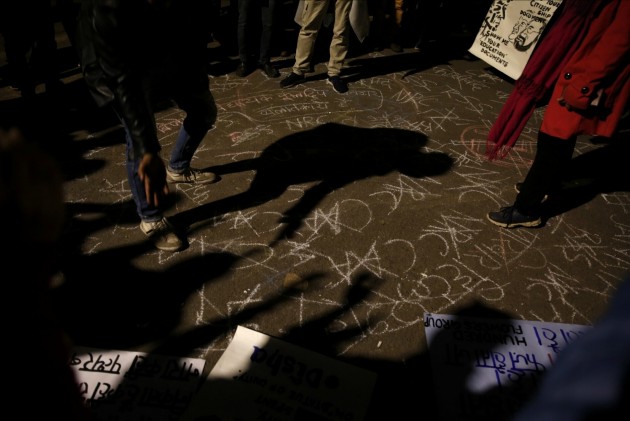 When the ruling Bharatiya Janata Party (BJP) released a nine-minute video celebrating six years of Narendra Modi government in the second week of May, the enactment of new citizenship law (CAA) has been heralded as one of the major achievement of Modi 2.0. The video, widely shared by millions of party workers on social media, underlines the party’s determination in pursuing the contentious CAA that was termed as discriminatory by the Opposition and Muslim community across the country.

Enacting the new citizenship law -- one of the long standing electoral promises of the BJP -- was only a matter of time for the party after it came to power for the second time with a thumping majority in 2019.

The reverberations of the controversial Act—granting citizenship to non-Muslim minorities from Afghanistan, Bangladesh and Pakistan—dominated the political landscape of Modi 2.0 after it assumed office in May last year. Wide spread protests against the proposed National Register of Citizens (NRC) and the CAA rocked the country after it was passed in December 2019. The leaderless protests led by women and students forced the BJP government to go on back foot on the implementation of nationwide NRC.

100 Days Of Modi 2.0: Amid Indo-China Standoff, Diplomacy Emerges To Be Key Factor For Days Ahead

To quell the two-month-long protests, the Prime minister and the Home Minister had to concede that the government had no immediate plans of conducting NRC exercise. An indefinite sit-in by women of Shaheen Bagh, one of the hallmarks of the protests, in the national capital inspired several such models in cities and small towns across the country.

However, the protests had to be suspended in February after the Covid-19 pandemic hit the country. “The BJP swiftly carried out all their core agendas in the first year itself. Be it the abrogation of Article 370, Triple Talaq or CAA. The upshot of what they did was the deepening of the communal divide in the country. The minority began to feel beleaguered and insecure. The society and politics was sharply polarized by the end of first six months,” says political analyst Neerja Chowdhury.

While some political analysts believe that the BJP will put the Hindutva ideology in the back burner, considering the humanitarian crisis due to Covid-19, anti-CAA activist and Congress worker Sadaf Jafar does not believe so.

“Hindutva is going to be the main instrument because they have failed in containing the pandemic. The BJP government has messed up the economy and the lockdown has led to a migrant crisis. So they will try the nationalism and Hindutva plank again to cover up their failures,” says Jafar.

Sanjay Kumar, Director of the Centre for the Study of Developing Societies (CSDS), feels that it will suit the government to bring about any divisive policies to divert attention from its failures. “The corona crisis is not going to come down and the number of deaths will only rise. In a couple of months, the deaths will be in lakhs. Government will want to protect itself from the narrative of lockdown having failed. Already critics are raising question about whether the lockdown was implemented in proper manner,” says Kumar.

Many also question the Delhi Police’s crackdown on anti-CAA protestors during the pandemic-induced lockdown. The police claim that the anti-CAA protests led to the riots in Northeast Delhi in February that left at least 53 dead and many injured.

Many young activists including four months pregnant Safoora Zargar, a Jamia Millia Islamia University student, have been arrested under the stringent UAPA. “The pandemic is being used as a smokescreen where they are constantly arresting all the leaders who have protested against the CAA. The protesters have gone back home, but the pro-CAA forces, the government and its machinery is working at a fast pace,” says Jafar.

Activists also say that the government is talking in different voices in the implementation of NRC. They point out that a month after the Home Minister informed Parliament that no decision had been taken on NRC, the Ministry of Home Affairs told the Supreme Court in March that preparation of NRC is a “necessary exercise”.

More than 12 states, including some NDA-ruled states, have refused and/or passed resolution against the updating of National Population Register (NPR), which was slated to begin in April. However, the NPR updating process was deferred on grounds of Covid-19 situation in the country. According to Citizenship Rules 2003, NPR is the first step in the implementation of nation- wide NRC.

However, activists warn that if the government proceeds with the implementation of CAA-NRC, the protesters will hit the streets again.

“If the government goes ahead with CAA-NRC, we will hit the streets again. It’s the question of our existence. We returned and suspended our protests only because we are responsible citizens. All of us are on the same page in this,” says Jafar.