'In a true parliamentary democracy system, the prime minister is responsible every day to the Parliament and to people. However, in a corroded diminished democracy, the rulers will find diverse ways to evade accountability,' Chidambaram said. 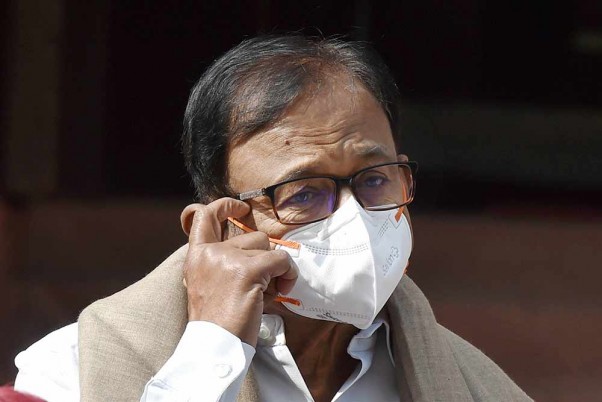 He said that the Prime Minister is responsible every day to the Parliament and to people but in a corroded diminished democracy, the rulers will find diverse ways to evade accountability.

"What the pandemic has done is to expose the gaping loopholes in the boasts. In a true parliamentary democracy system, the prime minister is responsible every day to the Parliament and to people. However, in a corroded diminished democracy, the rulers will find diverse ways to evade accountability," he said.

Taking part in a seminar on “Global Pandemic and Challenges Before the Democracy” in the Rajasthan Assembly, the Rajya Sabha MP said said the pandemic may be contained by universal vaccination or the disease may be cured by discovery of medicines but the question is "Did Indian democracy rise to the challenge of the pandemic and protect the lives, livelihood and well-being of its people, especially the poor and children".

He said every political system boasts that it is best suited to address the needs of people.

The Congress leader further said faced with any adversity, the weaknesses would have been exposed in due course but the pandemic has exposed these brutally with no scope of excuses or cover-up.

When this happens, energies of the rulers will be focused on self-preservation and not fighting the pandemic, he said.

The Rajya Sabha MP said it is a challenge to make the legislative branch work to mitigate the sufferings of people.

He said challenges to the democracy are not at the national level alone. The pandemic has thrown an unusual phenomenon of vaccine nationalism, he stressed.

"What I make is mine, what I can afford to buy is mine is vaccine nationalism," he said.  He said countries are not allowing use of other vaccines in order to promote their vaccine.

Vaccine nationalism has thrown a spanner in the wheel of global cooperation in fight against the pandemic, he said.

Chidambaram highlighted seven challenges, including perils of centralisation in not placing orders for vaccines, design and execution of vaccination programme, resources and allocation thereof, widening of disparity among people.

He said the elimination of poverty and reducing inequalities are accepted goals among democratic countries. According to a study, 23 crore people were pushed to poverty in last two years, he said.

"The deprivation of school education has been the most devastating impact of the pandemic. Indian democratic governments at the Centre and the states have found no answer to this catastrophe and stand by as helpless spectator," he added.

Speaker C P Joshi and Leader of Opposition in the Assembly Gulab Chand Kataria also spoke on the occasion.

The chief guest of the concluding session of the seminar, Rajya Sabha MP Dr Vinay Prabhakar Sahasrabuddhe, said democracy is not just a matter of voting, but also about innovation that emerges from discussions.

He said India did not restrict freedom of expression even during the pandemic, rather social media and the internet were used for the test, track and treat policy.

The media was given complete freedom even during the pandemic in the country.

Assembly speaker CP Joshi said at present, in this era of the Covid pandemic, policy decisions should be taken to reduce social inequality, strengthen economic policy and increase per capita income.

He said along with India, other countries also adopted curative measures to fight the disease.

No one took preventive measures, he said, expressing the need for these.

Leader of Opposition Kataria said the pandemic has affected the whole world and the period is most difficult for democratic countries.

He said the pandemic does not see pros and cons, religious beliefs, rich and poor. it is most important to strengthen the democratic structure with education and economic activities, he stressed.