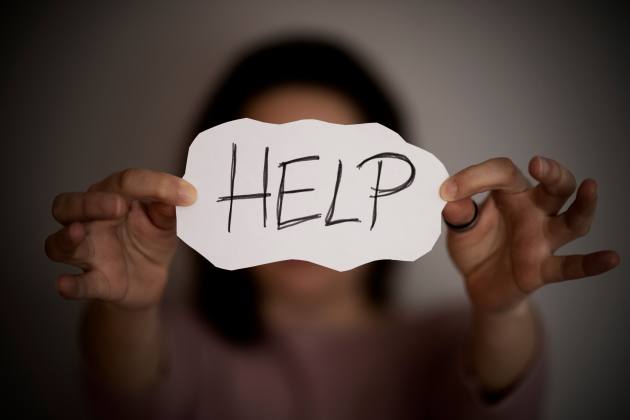 On the first day it was a tight slap on her cheek. The tea had turned cold and he had asked her to heat it and she had not heard him. Next time, he hit her in front of her college going children. The slaps turned into blows and the triggers became more and more trivial. Until one early morning, Shilpi (name changed) packed a small bag and drove off to check in with her mother. This was in the middle of the raging second wave of the Covid-19 pandemic.

“I could not take it anymore. I was happy when he was posted in Lucknow. He would at times get verbally abusive but at least he would not be able to hit. The pandemic was a nightmare for me. I just had to move out, I had no option,” she said.

Shilpi is just one among thousands of women who found themselves locked up with their abuser during the Covid-19 pandemic. According to Women’s Rights activists, abuse has been normalized over the extended lockdown period; and continues to bear a lingering impact on women even now.

Starting today, the 16 days of protest, being observed by the UN for ‘Elimination of Violence Against Women’, would be a time for aggressive awareness, Ranjana Kumari, Director, Centre for Social Research (CSR) told Outlook.

She said, “Incidents of domestic violence during the Covid-19 lockdown doubled. Also because everyone was isolated, women could not reach out to the police to file FIRs, or seek help from family or support groups. We received around 300-400 calls each month with complaints of abuse. But online counseling is not enough in such cases. During the 16 days of protest, we will rigorously spread the message that living with abuse is unacceptable. Many women have resigned to their situation. We have not seen any reduction in the number of complaints over last three to four months since the pandemic situation ebbed, which also means that cities opening up had little impact on the home scenario.”

Homes became primarily unsafe for women during the second wave, for several reasons -- job losses, lack of resources and aggravated stress because of online classes for children and work from home arrangements.

Sona Khan, a former judge and a senior advocate of the Supreme Court who advocates for legal rights of women, said, “People took the first wave lightly and there were people who were heard saying how men had started sharing chores and housework, but the gravity of the situation hit home during the second wave when there were job cuts, or salary cuts. Children were attending online classes and domestic helps were restricted – so the women were not only dealing with housework, but attending to the child’s school demands and that of the husband. Most of the IT companies sent their employees to work from home and the close proximity at all times with financial worries led to aggression and women have been suffering abuse through these months. This was over and above office stress for the working women.”

The situation was worse for middle class or high income families said Kumari.

“Unlike the low income groups, who have more access to community support, the suffering of women middle income and higher income groups was worse because of the fear of social shaming. There was no support system whatsoever and it had a tremendous impact on the mental health of such women.”

There were other implications too, as Khan said, “If you look at the data, on one hand we were getting to hear about the rise in domestic violence during the pandemic, and at the other end, the police records showed very few FIRs. So the abused women really did not have much support. There has been a study by a mental health institution which has also shown how abortion rates shot up during the second wave. Over all, it was a dire time for women.”

Khan also said that women who were serving as healthcare providers during Covid-19 and domestic help did not have to bear the brunt of abuse back at home as much as stay-at-home women.

“The women who were in the for front of health care were busy with their duties and the domestic help soon got their jobs back, so neither had to be locked up in the house – and were not as harshly impacted by the two lockdowns. It was worse for middle class women with work from home husbands or with husbands who were laid off,” Khan said.

“Our worry is that prolonged abuse over months has also silenced a lot of women. We are making a vigorous effort during this time to help women speak up, protest and reach out for help,” Kumari said.