Param Bir Singh was shunted out to Home Guard after (now dismissed) police officer Sachin Waze was arrested in the case of the car found near the Ambani residence. 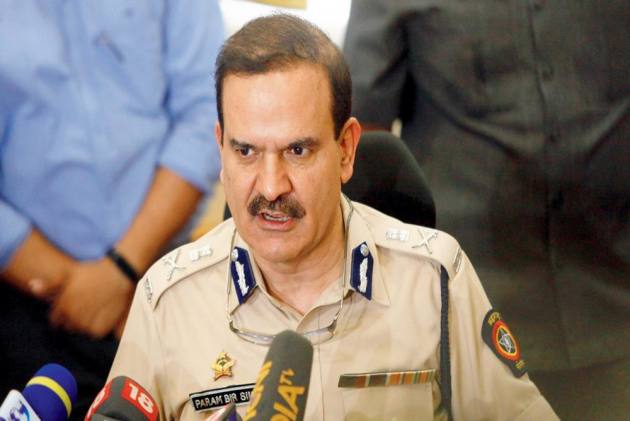 The Maharashtra government argued before the Bombay High Court on Wednesday that Senior IPS officer Param Bir Singh cannot avoid probe against him in criminal cases on the ground that it was the fall-out of his complaint against former state home minister Anil Deshmukh.

When the court asked about the progress of the two inquiries, additional public prosecutor Jayesh Yagnik said both the inquiries were still going on.

A division bench of Justices S S Shinde and N J Jamadar was hearing a petition filed by Singh challenging two preliminary inquiries against him, one for alleged dereliction of duty and misconduct and another for alleged corruption.

Singh's lawyer Mahesh Jethmalani said the former Mumbai police commissioner has not received any summons or notice about these inquiries so far.

Senior counsel Darius Khambata, appearing for the state government, said Singh's petition cannot be heard by the high court in the first place as it was a "service matter", and should be heard by an administrative tribunal.

“The petition raised issues that are squarely covered under the provisions of the Administrative Tribunals Act and is purely a service matter,” he said.

Khambata also termed as “bogus” the contention that the government's action was a form of vendetta for accusing Deshmukh of corruption.

“Just because you have made some allegations against Anil Deshmukh does not immunize you from any action,” he said.

The enquiries were initiated following a complaint by inspector Anup Dange, the lawyer said.

“The complaint was given on February 2, 2021…before all this drama unfolded…before Singh wrote a complaint to the Chief Minister against Deshmukh,” Khambata said.

“He (Singh) claims he has a cloak of immunity. In all matters he takes this defense. This is completely wrong. The complaints against him are serious and no one is above the law,” the state's lawyer argued.

Jethmalani argued that the preliminary inquiries were set up hastily. It was "obvious from the circumstances that the inquiries were out of condemnation and vendetta,” he said.

“Singh complained against Anil Deshmukh and instead of inquiring into that the state government has punished the whistleblower... They are trying to shoot the messenger and terrorizing the whistleblower,” Jethmalani argued.

“The allegations leveled in the petition against Pandey are completely false and is nothing but an attempt by the petitioner to dishonestly trap the DGP who is an outstanding officer,” Seervai argued.

Khambata also pointed out that the two preliminary inquiries challenged in the plea did not continue as DGP Pandey, who was to head them, withdrew himself following the allegations by Singh.

“The government ordered two new inquiries – one is headed by the Director General of the Anti-Corruption Bureau and the second is headed by the Additional Chief Secretary (Planning)," the state's lawyer said.

Jethmalani alleged that the government, in conspiracy with DGP Pandey, was trying to find a way to make Singh withdraw his complaint letter against Deshmukh.

“When this persuasion failed all the false cases followed,” he said.

Singh was hurt by then home minister Deshmukh's statement blaming him, as the city's top cop, for intelligence failure after a car with explosives was found outside industrialist Mukesh Ambani's house in south Mumbai, Jethmalani conceded.

“But that does not mean the contents of the letter written by Singh (subsequently) against Deshmukh are false,” he said.

The court reserved its order on whether the petition is maintainable.

Singh was shunted out to Home Guard after (now dismissed) police officer Sachin Waze was arrested in the case of the car found near the Ambani residence. Deshmukh later stepped down as home minister when the high court, in another case, ordered probe into the corruption allegations leveled against him by Singh.
With PTI inputs