Former Mumbai Police Commissioner Param Bir Singh has no faith in his own force and the Maharashtra government has no faith in the CBI, observing this, the Supreme Court said that it is a 'very disturbing scenario. 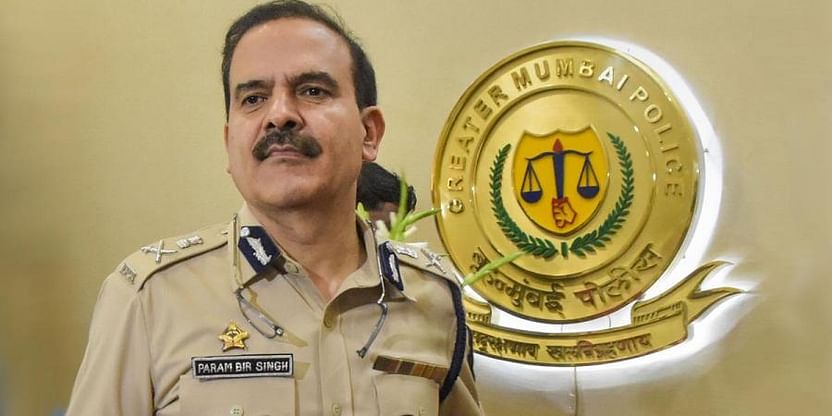 Supreme Court said on Tuesday that it is a "very disturbing" scenario in Maharashtra where the former police commissioner Param Bir Singh does not have faith in his own force and the state government has no faith in the CBI.

A bench comprising Justices SK Kaul and MM Sundresh made this observation after Param Bir Singh's lawyers submitted that the state police was trying to corner him in departmental cases.

The top court, which refused to extend protection from arrest to Singh, said: "This is the same police which you headed for so much of time. What do we say that head of police force doesn't have any trust in the police force, state government has no faith in the CBI. Look at the scenario which is being painted. It is a very disturbing scenario for us. We can't resolve it peacefully.

"The state government doesn't think it appropriate for CBI to look into it and they filed a plea regarding this in Bombay High Court which they lost. Now the matter is in the Supreme Court. We do not know what will be the view of the concerned bench here. We have given you enough protection, we are not giving any more protection," the bench said.

Solicitor General Tushar Mehta, appearing for the CBI, expressed apprehension that the state government may take steps which could make its task difficult in concluding the probe.

He told the bench that an affidavit has been filed by CBI in the matter and it is ready to take over the probe in one of the criminal cases lodged by Maharashtra police against Singh.

Senior advocate Puneet Bali, appearing for Singh, contended that the former Mumbai police commissioner is being targeted and the state government is trying to scuttle the probe in the CBI matter.

Senior advocate Darius Kambatta, appearing for Maharashtra, informed the bench that the state government has filed an appeal against the Bombay High Court order dismissing its plea to hand over the investigation into the 'cash-for-transfer' allegations against Deshmukh from the CBI to a special investigation team.

The top court has now posted the matter for hearing on February 22.

The apex court had earlier allowed Mumbai Police to carry on the investigation against Singh but restrained it from filing charge sheets on the FIRs against him over the allegations of misconduct and corruption.

The state police had earlier told the apex court that Singh cannot be considered as a "whistleblower" under the law as he chose to speak out against alleged corruption involving former home minister Anil Deshmukh only after his transfer.

The top court had granted a major relief to Singh on November 22 by directing the Maharashtra Police not to arrest him in criminal cases lodged against him and had wondered if he was being hounded for filing cases against police officers and extortionists, "what could happen to a common man".

Seeking dismissal of Singh's plea for a CBI probe into the entire matter and against any coercive action by the state, the Maharashtra government has filed a reply affidavit in the apex court and said that the ongoing probe in criminal cases against the former top cop should not be interfered with.

Prior to this, the Bombay High Court had dismissed Singh's petition seeking to quash inquiries initiated against him by the Maharashtra government, and said he can approach the Central Administrative Tribunal.

The high court had held that it was a service matter, and rejected his claim that the government's action was a consequence of his allegations of corruption against Deshmukh.

After Singh was shunted out as Mumbai police commissioner in March 2021 in the aftermath of the 'Antilia bomb scare case', in a letter to Chief Minister Uddhav Thackeray, he levelled corruption allegations against Deshmukh.

In his petition, Singh had also alleged that DGP Pande told him that the inquiries were the fall-out of his allegations against Deshmukh, an NCP leader.

Singh was transferred to the Home Guard after Mumbai police officer Sachin Waze was arrested in the case of an SUV with explosives found near industrialist Mukesh Ambani's house, 'Antilia', and the subsequent suspicious death of businessman Mansukh Hiran.