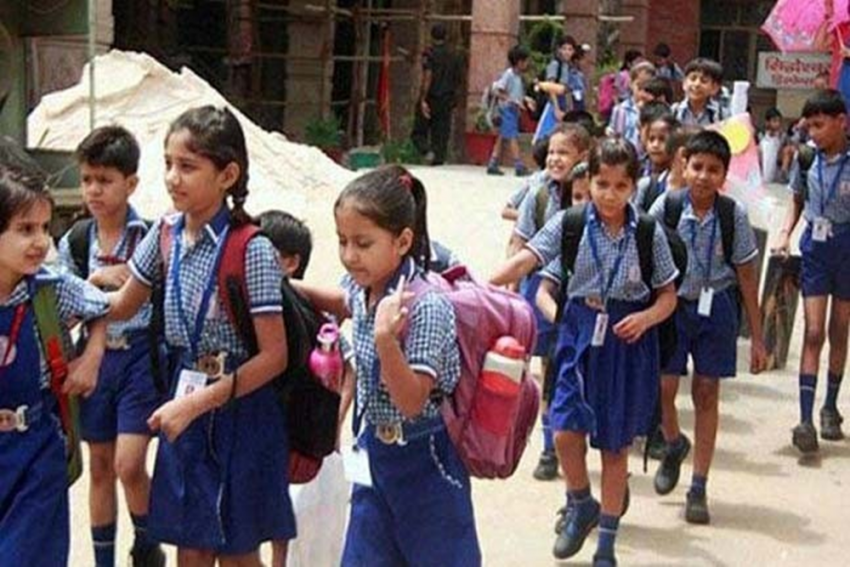 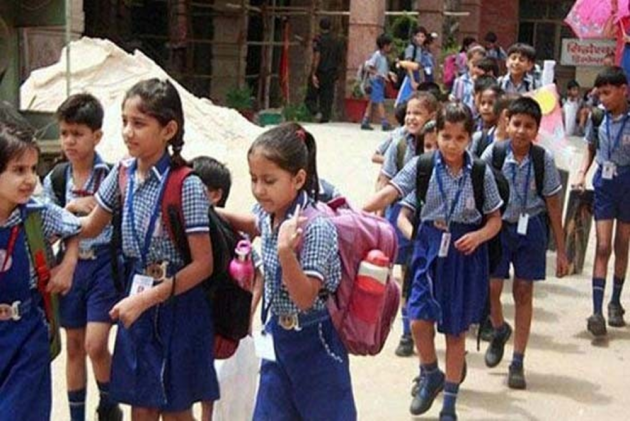 With the number of Covid-19 cases on the rise, parents of children attending schools in Delhi have welcomed the government's decision to keep schools closed till further notice.

While online learning has been challenging and does not match the social environment of a school, nothing is more important than the safety of "our children", said parents.

On Wednesday, Deputy Chief Minister Manish Sisodia announced that all schools in the national capital would continue to be closed till further orders in view of the Covid-19 situation.

Sisodia said parents were not in favour of reopening schools either.

One of them is Preeti Khachroo Chandra, whose 12-year-old daughter goes to Bluebells School International.

"The government's decision makes a lot of sense. From the safety perspective of children, there is limited infrastructure at schools to have social distancing and other hygiene protocols.

"With the number of coronavirus cases spiking in Delhi, it does not make sense to send children to schools. Their immune systems are sensitive and susceptible," said Chandra.

To ensure that the education process continues despite the pandemic, schools across Delhi, and the rest of the country had adopted an online mode of education soon after the lockdown to control the spread of Covid-19 was announced on March 25.

And, while adapting to the new version of school over the last six months has been difficult, parents such as Pallavi Sharma and Meenal Sehgal are not quite ready to let their children off to school.

Sharma, whose nine-year-old daughter is enrolled in Kalka Public School, said she had been getting queries from the school to check how the parents feel about reopening.

"We declined," she said.

"I don't understand the rush to send the kids back to school. I see the schools and teachers putting in so much efforts to make education easier.

"Besides PDF assignments, teachers also have video lessons. I don't think there is much loss as far as learning is concerned," she said.

In fact, she believes the new mode of education is a one-of-a-kind experience for children, and is helping them become more "independent".

"I think not reopening schools is the better decision. Children are at high risk, and we have to be really careful when it is about keeping them safe from the virus.

"Plus, I think that through online education, they are learning newer techniques like how to download files etc at a young age. They are adapting to technology. It is making them very prompt and more independent," she said.

But, Sehgal and all other parents agreed that online classes cannot be a substitute to physically attending schools, especially for children who are about to sit for their board examinations.

Sangam Kumar Giri, whose 15-year-old daughter is in class 10, understands the motivation behind Delhi government's decision but has a concern for those who would be taking up board exams. An exception could have been made for students in senior classes, for whom interacting with the teachers face to face is important, he reasoned.

"Children in classes between ninth and 12th are old enough to follow safety protocols, and if the government can find a system to make everything else work, why not schools.

"Over the last few months, my daughter's routine has gone for a toss. She spends nearly 8-9 hours, and from what I have understood, online classes alone are not very effective," Giri, whose daughter is enrolled in Chinmaya Vidyalaya, said.

Children's physical activity has been a major casualty of schools remaining closed for a prolonged period of time, said Sharma.

A lot of time at school was spent in extra-curricular activities like dance and sports, which her daughter misses.

"There are times when my daughter finds online classes boring, and misses her friends. The social element of being in school has completely disappeared," she said.

Ranjini Chalam whose nine-year-old boy attends the Don Bosco school said that in the absence of a school to go to, "parents have to play a bigger role than teachers in children's education".

The task gets even more difficult when both the parents are working, she added.

"It is so difficult to keep the children focussed while the classes are on. Now, every child has figured out that they can switch off their cameras and go about their monkey business without the teacher finding out.

"I think this year is going to be a waste. Online classes do not have the same connect as the physical classrooms, but with this ambiguity around the virus, it is best to keep the children at home," Chalam said.

That parents are not ready to send their children to school yet is also evident from the low attendance at schools in Noida in Uttar Pradesh.

Government officials on Tuesday noted that private and government-aided schools recorded a mere 14 per cent and 39 per cent attendance of students respectively in Noida and Greater Noida.

‘This Is A Fight Between Kamal Nath And The People Of MP’: Jyotiraditya Scindia