BHU students have been protesting against the appointment of a Muslim professor in the Sanskrit Vidya Dharma Vigyan for 14 days. 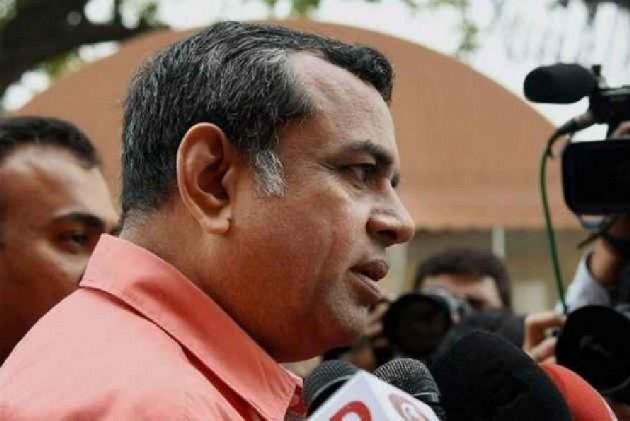 Actor and former BJP MP Paresh Rawal has condemned the students' protest against the appointment of a Muslim professor in the Sanskrit Vidya Dharma Vigyan in the Banaras Hindu University (BHU).

As the students' protest entered its 14th day on Wednesday, Rawal tweeted saying, "Stunned by the protest against professor Feroze Khan. What has language to do with religion? Irony is professor Feroze has done his masters and PhD in Sanskrit (sic)!!!"

He further compared the situation with famous singers and composers of Muslim origin whose renditions of bhajans are considered classics.

Rafi is known to have popularised bhajans--Hindu devotional songs--in Bollywood films while Naushad Ali was one of the most celebrated music directors in the industry.

The BHU administration continues to maintain that the appointment of professor Feroz Khan is in accordance with the prescribed norms and there is no question of his removal.

The BHU administration has issued a statement, saying, "The idea behind the establishment of the university was to contribute in nation-building by providing equal opportunity of study and teaching to all deserving people without any discrimination on the basis of caste, religion, gender and sect."

The background of Feroz Khan is also interesting.

His father Ramzan Khan, also known as Munna Master, runs a cow shelter in Bagru, about 35 kilometres from Jaipur in Rajasthan, the IANS reported.

The family follows the 'Sanatan dharma' way of life and is a firm believer in astrology. Ramzan Khan changed his name to Munna Master on the advice of local astrologers, as per the report. He is a graduate in Sanskrit and his love for Hinduism made his son study Sanskrit too.

"The first time I was made aware that we are Muslim was when protests began in BHU against my son's appointment as a professor there. We have lived our lives according to Hindu culture and love the Sanskrit language. We have studied Hindu scriptures. For my family, our love for Sanskrit is our love for the country," he told reporters in Jaipur.

Khan's family is a devoted to Lord Krishna and his father has written several 'bhajans' in praise of the Hindu god. His book 'Shri Shyam Surabhi Vandana' is popular in the area and Munna Master is frequently invited to sing at religious functions.