Quality discussions in Parliament on key issues require that MPs have adequate time to not only express themselves but also to hear the viewpoints of others, Chakshu Roy, Head of outreach of PRS Legislative Research. 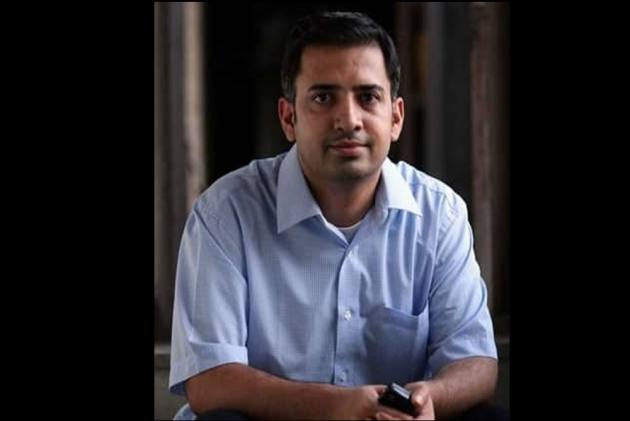 Longer duration of Parliament and referring Bills to the Standing Committees are some of the measures to strengthen the functioning of the Parliament, says Chakshu Roy, Head of outreach of PRS Legislative Research. Speaking to Outlook, Roy also says that countries like the UK and Canada have specific ‘Opposition Days’ in the Parliament to discuss subjects of importance. Excerpts:

Q) The Monsoon session of the 17th Lok Sabha was unprecedented in many ways. The Pegasus snooping scandal rocked the Parliament from the first day of the session and it was abruptly cut short on August 11. Some even raised the question of the relevance of the Parliament.

Disruptions can dent the public perception about Parliament and the State Assemblies. Parliament is a forum for deliberations. Quality discussions in Parliament on key issues require that MPs have adequate time to not only express themselves but also to hear the viewpoints of others. When discussion takes place in a din, the quality of conversation and exchange of ideas suffers. Such discussions then only become a part of the record without adding to the public discourse or making an impact on the governance in the country.

Rules Meant For Immediate Punishment, Not As An Afterthought: Ex-LS Secretary-General

Opposition Wants To Delay Bills By Sending It To Select Committees: BJP Spokesperson

Q) Both the opposition and the ruling party are engaged in a war of words over the passage of 39 Bills in the Lok Sabha and Rajya Sabha without any debates. What precedence does it set?

The 15 Bills were passed in the Lok Sabha without any member participating in the discussion in this Session. When Bills are passed in a hurry, there is not enough time to strengthen them or identify potential problems in their implementation. Aggrieved stakeholders might challenge the law before the judiciary with no time to discuss and build consensus.

Passing bills without adequate deliberation is a sign of weakening of Parliament’s law-making ability. Data for the Monsoon Session show that 15 Bills have been introduced and passed in Parliament and 5 Bills pending from earlier sessions have also been passed, amidst disruptions.

Lok Sabha, on average, took about 34 minutes to discuss and pass a Bill, and Rajya Sabha about 46 minutes. This number has benefitted from the healthy discussion that took place on the Constitution (127th Amendment) Bill, 2021. The supplementary budget was voted upon without much discussion in the Lok Sabha within 10 minutes.

The Upper House serves to act as a check on the Lok Sabha, particularly while considering and passing legislation. But as data indicates, Lok Sabha and Rajya Sabha took about the same amount of time to pass laws.

Institutions are as relevant as we make them out to be. Law-making is just one aspect of Parliament's functioning. Take last year’s Monsoon Session at the peak of the Covid-19 pandemic. Even with an altered timetable, Parliament spent a quarter of its time raising matters of national importance (helped partially because of not having Question Hour). Parliament discussed the impact of the pandemic and the plight of migrant workers. Members insisted on the creation of a national database for migrant workers and pushed the government to have a vaccine strategy in place.

During the same time, Parliamentary Committees examined several issues related to the COVID-19 and made policy recommendations. These included topics such as the Health Ministry’s and Home Ministry’s response to the pandemic, the recovery of the auto sector, and attracting investments post-pandemic.

Q) Opposition parties have raised objections over the passage of important bills such as the General Insurance Business (Nationalisation) Amendment Bill 2021 and Essential Defence Services Bill, what are the implications of crucial bills being passed without debates and referring to committees?

Since Parliament deliberates on matters as varied as bank regulation, data protection, and assisted reproductive technology, it becomes necessary to have the technical expertise to understand such matters better. Parliamentary Committees help with this by providing a forum where members can engage with government officials and subject experts when the Bills are referred to them.

Unlike Parliamentary proceedings which are televised, Parliamentary Committee meetings are held behind closed doors. This allows for Members to ask questions and discuss the provisions without taking party positions and arrive at a consensus before tabling recommendations on the bill.

Q) It was also pointed out that at least 14 Bills were passed by the Lok Sabha on 7 days after debating them for 10 minutes or less. Have such instances happened before?

On average, the current Lok sabha has spent 2 hours 23 minutes discussing a bill. One way to ensure that adequate time is spent on the deliberation of the Bills is to refer the Bills to the Committees. None of the 13 Bills that were introduced in the previous Budget Session were referred to a Parliamentary Committee. No Bills have been referred to a Standing Committee in this Monsoon Session as well.

Q) This session also recorded another low in terms of productivity of the Lok Sabha and Rajya Sabha, which was at 22 percent and 28 percent respectively. What is the way forward to avoid disruptions and strengthen the legislative’s role?

Several measures can be taken to strengthen the functioning of the Parliament. These include longer duration of sitting days of Parliament. Bills should be required to go through the scrutiny of the Standing Committees before they are discussed on the floor of the House. Time must be given to the Opposition to raise their viewpoints. Countries like the UK and Canada have specific ‘Opposition Days’ in the Parliament where the opposition can set the agenda and discussion can take on subjects of importance to the opposition.