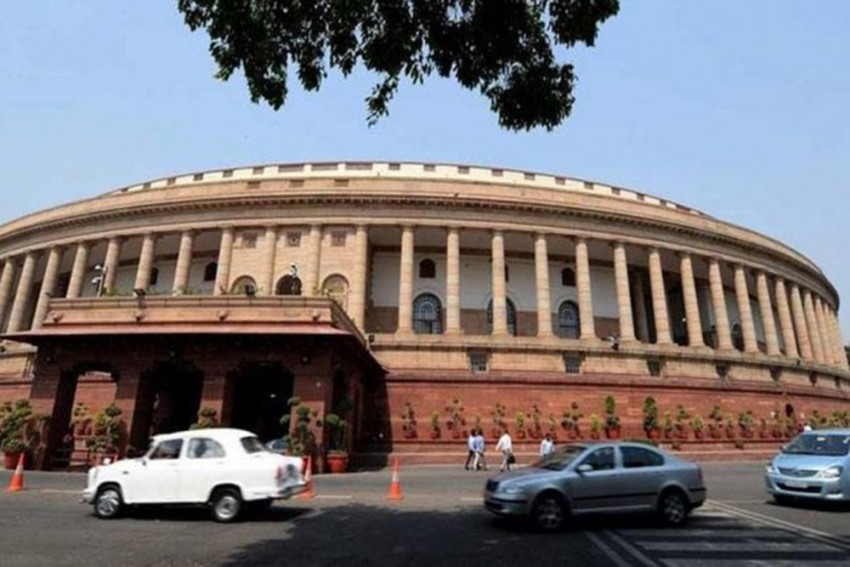 Congress leaders Shashi Tharoor, Anand Sharma and Jairam Ramesh were on Saturday retained as the head of parliamentary standing committees on information-technology, home affairs and science and environment, respectively.

BJP's Sushil Kumar Modi, a former deputy chief minister of Bihar, replaced Bhupender Yadav as the chairman of the panel on Personnel, Public Grievances, Law and Justice, after Yadav was appointed as a minister.

Kerala MP Shashi Tharoor has also been retained as the chairman of the committee on Information Technology which has been plagued by controversies, with BJP members openly criticising Tharoor's actions as the panel head.

Congress MP Anand Sharma will continue to head the parliamentary panel on Home Affairs and Ramesh will retain the chairmanship of the Committee on Science and Technology, Environment, Forests and Climate Change.

According to the bulletins issued by both Lok Sabha and Rajya Sabha secretariats, the reconstituted committees for the year 2021-22 shall be with effect from September 13.

BJP MP Ravi Shankar Prasad has been included as a member in the Parliamentary panel on Finance and Ramesh Pokhriyal Nishank in the panel on Personnel, Public Grievances, Law and Justice.

Another BJP member Prakash Javadekar has been made a member of the panel on External Affairs.      Prasad, Nishank and Javadekar were dropped as Union ministers in the last cabinet reshuffle in July.      Former chief justice of India Ranjan Gogoi has been included as a member in the panel on Information Technology, while Sadhvi Pragya Singh Thakur has been included in the panel on Railways.      YSR Congress's Vijaysai Reddy has been reappointed the chairperson of the Parliamentary Standing Committee on Commerce, Samajwadi Party's Ram Gopal Yadav of Health and Family Welfare, TRS member K Keshava Rao of Industry, DMK's Kanimozhi on the panel on chemicals and fertilisers and JD(U)'s Rajiv Ranjan Singh will head the panel on energy.

P C Gaddigoudar will head the panel on Agriculture, BJP member Rakesh Singh on Coal and Steel and Rajiv Ranjan Singh alias Lalan Singh has been appointed to be the Chairman of the Committee on Energy.

TMC member Sudip Bandyopadhyay will continue to head the panel on Food, Consumer Affairs and Public Distribution and BJD member Bhartruhari Mahtab of the panel on Labour.

All three Rajya Sabha members of Shiv Sena have been moved to new committees, with Sanjay Raut shifted from Defence to External Affairs, Anil Desai from Coal and Steel to Commerce and Priyanka Chaturvedi from Commerce to Transport, Tourism and Culture.

All these three members had good attendance last year.

Similarly, Chhaya Verma (Congress) has been shifted from the panel on Agriculture to Social Justice and Empowerment, Manoj Kumar Jha (RJD) from Railways to Labour, Shaktisinh Gohil (Congress) from IT to Transport and Sasmit Patra (BJD) from Education to Personnel, Public Grievances and Law and Justice.

Abhishek Manu Singhvi of Congress has also been shifted from the panel on Defence to Home, while Derek O'Brien (TMC) has been changed from Transport to Home and Indu Bala Goswami (BJP) from Health to science and Technology.

Mausam Noor (TMC) has also been shifted from Commerce to Water Resources and MC Mary Kom from the panel on Food to Urban Development.

The number of Rajya Sabha members changed include nine from the BJP, six from TMC, four from Congress, three each of Shiv Sena, CPM, RJD, YSRCP, and two each of DMK, BJD and TRS and one each among other parties.

Sources said of the 237 Rajya Sabha Members nominated by Chairman Naidu, 50 have been changed to new committees.

These 50 include 28 who had poor attendance in the meetings of committees held during 2020-21 and 12 of these 28 had zero attendance, the sources add.

Naidu had suggested attendance to be considered while recommending members on 24 Committees of Parliament.

The sources said attendance-based nominations and changes could have been more but some leaders opined that poor attendance last year was due to the COVID-19 pandemic and state elections.