Parliament Highlights: There were just 21 hours – accounting for 22 per cent -- of productivity amid the din and adjournments in Lok Sabha, and 28 hours of business conducted in Rajya Sabha out of the total 102 hours. 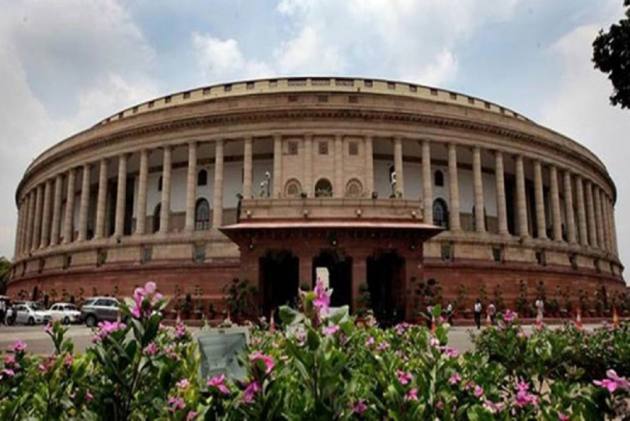 The Monsoon session of Parliament that adjourned sine die two days before the scheduled date of August 13 was witness to high drama and little productivity. Here are the key highlights:

There were just 21 hours – accounting for 22 per cent -- of productivity amid the din and adjournments in Lok Sabha, and 28 hours of business conducted in Rajya Sabha out of the total 102 hours.

The session was marked by protests by an aggressive opposition over Pegasus snooping, farm laws, sky-rocketing fuel prices, and Covid-19 mismanagement by the government. The Opposition also accused the government of bulldozing important Bills through without any debate and discussion.

As many as 15 Bills were introduced and passed amid disruptions without any member participating in the discussion. None of the 15 Bills introduced have been referred to a Parliamentary Committee.

A few important Bills, such as the Tribunal Reforms Bill, 2021, and the Taxation Laws (Amendment) Bill, 2021 were passed by Lok Sabha the next day after introduction.

On the last day, Vice President and Rajya Sabha chairman Venkaiah Naidu broke down, expressing “deep anguish” over “acts of sacrilege” by some MPs and Lok Sabha speaker Om Birla expressing his dismay over the issue. Taking the acrimony outside the Parliament, Prime Minister Narendra Modi and Congress chief Sonia Gandhi attended a post-session meeting of party leaders in Om Birla’s chamber but avoided any interaction with each other except a brief greeting.

There were unruly scenes in Parliament, especially in the House of Elders with

Trinamool Congress (TMC) MP Santanu Sen tearing IT Minister Ashwini Vaishnaw’s statement on Pegasus row. He was suspended for the remaining part of the session, leading to more uproar. On August 10, some MPs had stormed the Well of the House, sat on a table there, and flung a file at the Chair.

Buoyed by the recent victory in the West Bengal elections, TMC remained in a fight mode through the session. Apart from Sen, five of its other members were suspended for a day.

TMC’s fiery MP Mohua Mitra remained in the limelight, both inside and outside the Parliament, as BJP MP Nishikant Dubey alleged she had called him ‘Bihari Gunda’ (goon) in the meeting of the IT committee. Mitra denied, saying the meeting he referred to never happened because of a lack of quorum.

Referring to the speed with which the government rushing through the Bills, senior TMC leader Derek O’ Brien had compared it to making ‘papri chaat’. In a tweet, he had questioned whether the government is “passing legislation or making papri chaat” while pointing out that 12 bills were passed “at an average time of under seven minutes per bill". This was based on data from the first 10 days of the session.

While there were unprecedented scenes of protests inside the Parliament, the Opposition parties kept busy outside too with vigorous attempts at forging a united front. From West Bengal chief minister Mamata Banerjee made a much-publicised trip to the Capital and meeting various leaders to Congress leader Rahul Gandhi inviting them for breakfast, and then Kapil Sibal following it up with a dinner of Opposition leaders at his house – it was an action-packed three weeks from the start of the session on July 19.