The Committee said it fail to understand the reasons behind the allocation where the amount allocated under capital budget does not even fulfil the Defence Ministry's obligations towards committed liabilities. 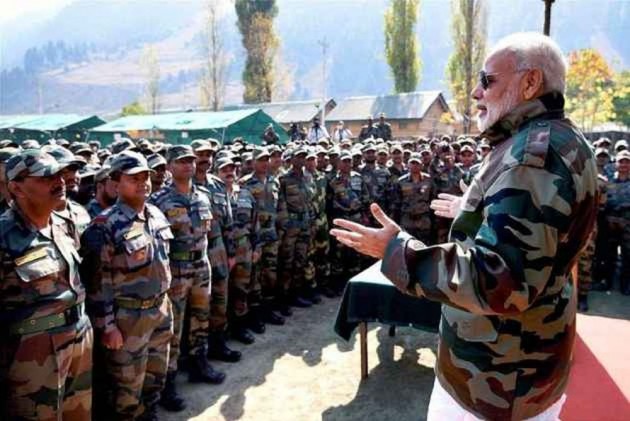 Taking strong objections to the Finance Ministry's reluctance to create a non-lapsable fund for defence expenditure, a parliamentary panel headed by a BJP MP has slammed the government for inadequate allocation of capital budget for the Army, Navy and the Indian Air Force.

In a report tabled in Lok Sabha, the Standing Committee on Defence said though the Defence Ministry projected a requirement of Rs 1.72 lakh crore under capital budget for 2018, only Rs 93,982 crore was allocated by the Ministry of Finance.

"The allocation under capital budget not only fell far short of projections by Ministry of Defence, but the allocation does not even cover committed liabilities," it said.

The Committee said it fail to understand the reasons behind the allocation where the amount allocated under capital budget does not even fulfil the Defence Ministry's obligations towards committed liabilities.

It has been a long-pending demand of the armed forces that unspent funds be kept in a non-lapsable pool so that capital acquisition can be made using it.

"The very fact that the allocation of resources under Capital Budget for the year 2018-19 (Budget Estimate) which is not even sufficient to cover committed liabilities leaving alone new projects and other capital requirements strengthens the Committee's case for creation of such a fund," it said.

It also noted the submission by the Vice Chief of Army Staff (VCOAS) before the committee earlier this year that the marginal increase in capital budget allocation for Army had dashed hopes for modernisation.

"The Committee was particularly alarmed to note from his oral evidence that although the Ministry of Defence had delegated financial powers up to Rs 14,097 crore to the VCOAS towards security-related issues, there was no separate allocation for this in the Capital Budget allocation in 2018-19," it said.

"Hence, the Ministry is left with no other option but to reduce resources for the security of military stations or compromise on other acquisitions," the committee said.

On offsets, the committee said the total offset obligations are estimated at approximately USD 11.20 billion over a period from 2008-2024.

It said offset discharge claims reported by the vendors till December 2017 was to the tune of approximately USD 2.21 billion.

Under India's offset policy, foreign defence entities are mandated to spend at least 30 per cent of the total contract value in India through the procurement of components or setting up of research and development facilities.

On allocation of funds for defence forces, the panel said the expenditure incurred was Rs 10,81,644 crore during 12th Five Year Plan as against a projection of Rs 11,39,000 crore.