Parliament: The Rajya Sabha proceedings were adjourned until 2pm on Monday, after the opposition parties continued their protests. 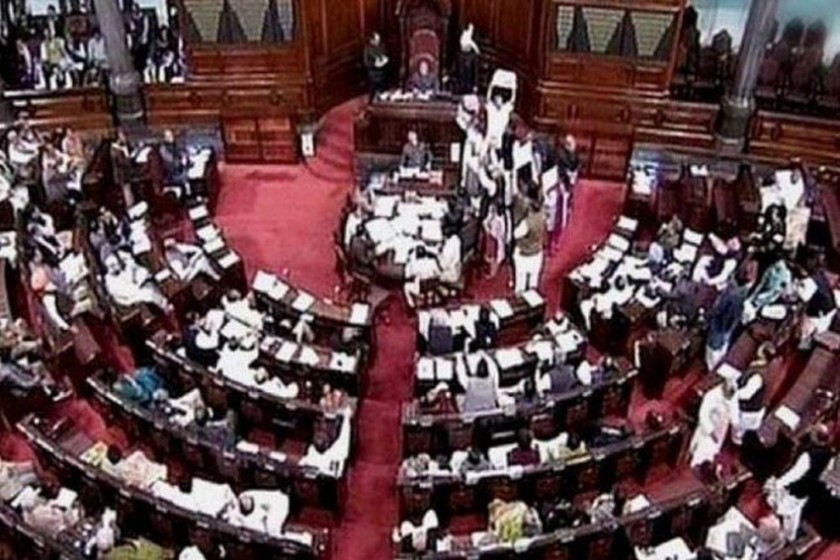 Rajya Sabha proceedings on Monday were adjourned till 2 pm without transacting any business as opposition parties continued their protests on various issues including suspension of 12 MPs.

As soon as the official papers were laid on the table, MPs from opposition parties such as the Congress and TMC were up on their feet, pressing for revocation of suspension of the 12 MPs.

Chairman M Venkaiah Naidu asked members to allow the House to function and adjourned the proceedings when some opposition MPs carrying placards started to move towards the well of the House.

Leader of the Opposition Mallikarjun Kharge rose to press for the notice given under Rule 267 that seeks to set aside the business of the day to take up the issue being raised.There were five notices under Rule 267.

However the Chairman disallowed it.

"First of all the House should be allowed to function then only we can think of that. That's why I am not admitting them," Naidu said while asking members to resume their places and called for Zero Hour mentions.

"My priority is functioning of the House... discipline, decorum, decency. Debate, discussion and decisions are my priority," he said.

Naidu said he had on Friday requested the government and opposition to sit and thrash out issues so that the House can function normally and decency and decorum are maintained.

Terming the protests in the House as disappointing, he said, "My concern is discipline, decorum and decency. Debate, discuss and decide. This is my wish. If you are not interested, I am adjourning the House."

While opposition parties have called the suspension of the MPs against the rules and demanded that it be revoked, the government insists that the suspended MPs must first apologise for their "unruly" behaviour.