With no opposition, the election of Om Birla, a two-time BJP member from Kota in Rajasthan, was a smooth affair. It is, however, a departure from the past, since a woman held the post since 2009. 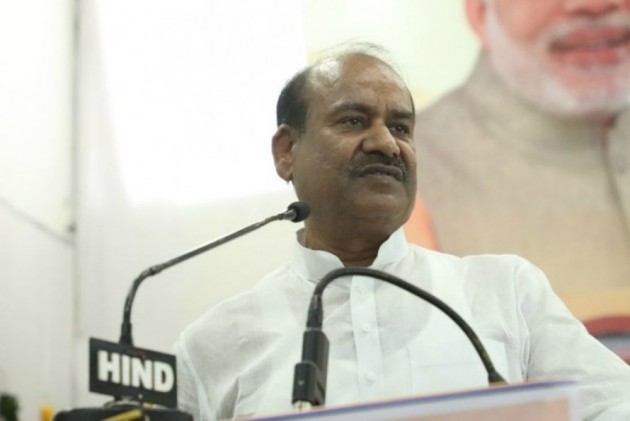 NDA candidate Om Birla was on Wednesday elected as the Speaker of the 17th Lok Sabha with the Congress-led UPA also backing his candidature.

With no opposition, the election of Birla, a two-time BJP member from Kota in Rajasthan, was a smooth affair.  It is, however, a departure from the past, since a woman held the post since 2009.

In 2009, Meira Kumar became the first woman to be elected to the post during the UPA-2 regime, while the NDA followed suit by nominating Sumitra Mahajan in 2014.

Who Is Om Birla, BJP's Pick For Lok Sabha Speaker

The BJP-nominated 56-year-old Birla, who was also a Member of Assembly in Rajasthan for three terms and was a parliamentary secretary in the government of Vasundhara Raje between 2003-08, has the support of 10 parties, including BJD and YSRCP, which are not part of the NDA.

Congratulating Birla, Prime Minister Narendra Modi said it was a matter of great pride for the house. "Many MPs know Birla Ji well. He has served in the state of Rajasthan as well."

"Personally, I remember working with Om Birla Ji for a long time. He represents Kota, a place that is mini-India, land associated with education and learning.

"He has been in public life for yrs. He began as a student leader and has been serving society since then without a break," PM Modi said.

On Tuesday, Adhir Ranjan Choudhary, the new leader of Congress party in the House told ANI, "Our party has already moved the motion in favour of Om Birla as Speaker of Lok Sabha".

A meeting of the UPA chaired by Sonia Gandhi on Tuesday evening decided to extend support to Birla. Congress allies including DMK, NCP, CPI, NC, and IUML, attended the meeting.

Nominations have been filed on behalf of Birla by parties which are supporting his candidature, parliamentary affairs minister Pralhad Joshi, who said he has appealed to the Congress also to back his candidature.