The notification came on a day when senior member of the committee and BJP leader Nishikant Dubey wrote to Lok Sabha Speaker Om Birla seeking removal of Shashi Tharoor as the panel's chairman. 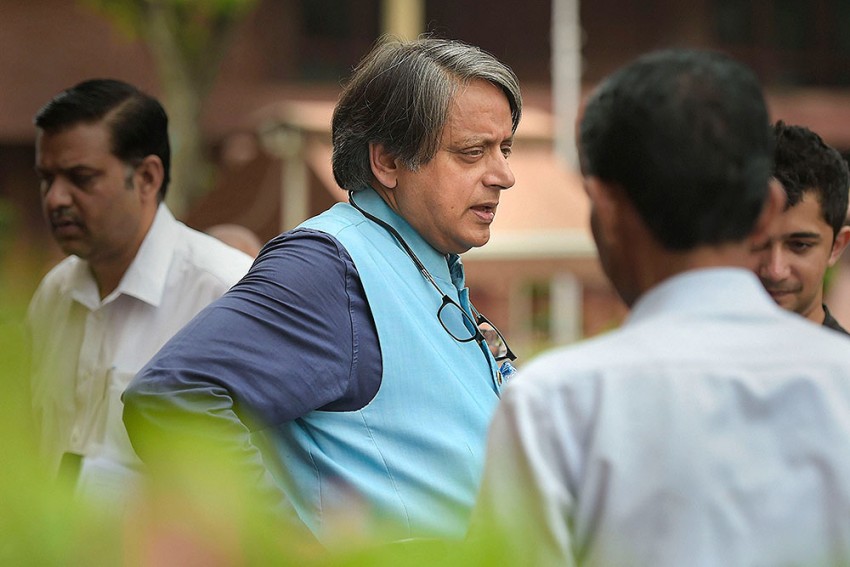 The parliamentary standing committee on Information Technology, led by Congress MP Shashi Tharoor, has summoned Facebook on September 2 to discuss the issue of alleged misuse of social media platforms in the wake of claims that the US firm did not apply hate-speech rules to certain BJP politicians.

A day before, the panel will also discuss the issue of internet shutdowns and has called representatives of the Jammu and Kashmir administration and others.

Besides representatives of Facebook, the committee has asked representatives of the Ministry of Electronics and Information Technology to remain present on September 2 to discuss on the subject of "safeguarding citizens' rights and prevention of misuse of social/online news media platforms including special emphasis on women security in the digital space".

The agenda of the committee's September 2 meeting states that to "hear the views of the representatives of Facebook on the subject 'Safeguarding citizens’ rights and prevention of misuse of social/online news media platforms including special emphasis on women security in the digital space."

No immediate response was available from the social media firm on the summon.

The notification issued by Lok Sabha Secretariat came on a day when senior member of the committee and BJP leader Nishikant Dubey wrote to Lok Sabha Speaker Om Birla seeking removal of Tharoor as the panel's chairman, alleging that the Congress leader was using the platform for a political agenda.

The political slugfest has been going on between the two, which started after Tharoor's announcement that the panel would like to hear from Facebook about the report published in Wall Street Journal claiming that the social media platform ignored applying its hate-speech rules to politicians of the ruling party in India.

Tharoor's remarks evoked strong reaction from BJP members of the panel especially Dubey, who alleged that the Congress leader has been using the platform to further his and his party's political agenda.

The spat between the two boiled to such point, that they sought breach of privilege proceedings against each other.

For the September 1 meeting, representatives of the ministries of communications and home affairs have also been called as well as those from Bihar, Jammu and Kashmir and Delhi governments, according to the agenda notifications issued by the Lok Sabha Secretariat.

Information and Broadcasting Ministry, News Broadcasters Association, Press Council of India and Prasar Bharati representatives have also been called for the discussion on 'Ethical Standards in Media Coverage' on September 1.