As much as 30 to 40 per cent part of the ground-plus-five storey Bhanushali Building on Mint Road in Mumbai's Fort area collapsed around 4.45 pm on Thursday. 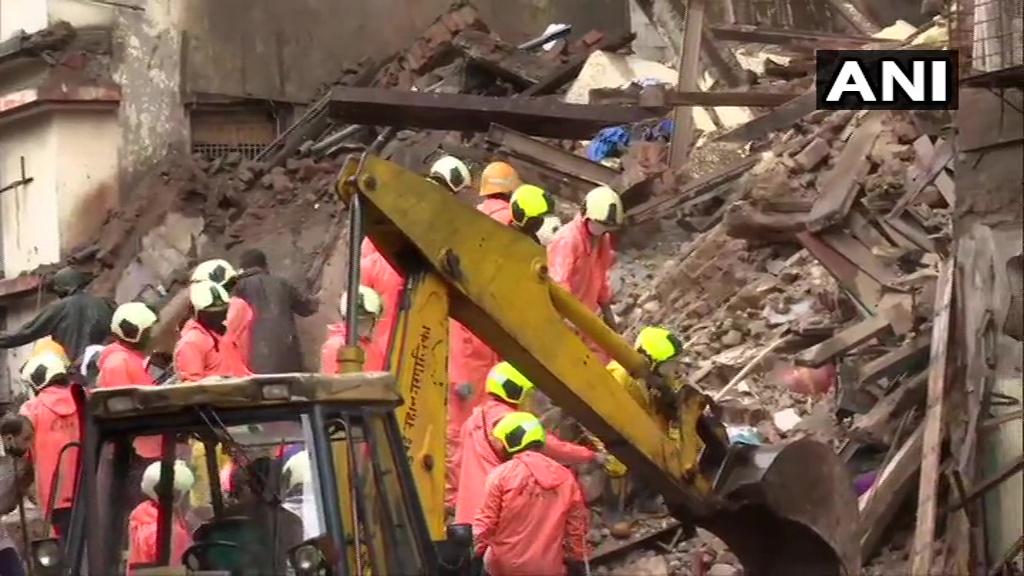 Besides, several people are stranded in the part of the building which is intact as staircases were blocked, officials said. Stranded people were being rescued using ladders, they added.

The city has been receiving heavy rainfall over the last two days.

As much as 30 to 40 per cent part of the ground-plus-five storey Bhanushali Building on Mint Road collapsed around 4.45 pm.

Two people were rescued from the debris and admitted to hospital, said a Brihanmumbai Municipal Corporation (BMC) official.

Eight fire engines, two rescue vans and ambulances were rushed to the spot and search and rescue operation was on, he added.

The building had been partly vacated for repairs by Maharashtra Housing and Area Development Authority (MHADA), BMC sources said.

Elsewhere in Mumbai, at least four people were injured when a portion of a `chawl' (a building containing tenements) collapsed in suburban Malvani area on Thursday.