The MEA said conflicting reports were coming from Pakistan on whether Indian pilgrims would require passport to visit the Darbar Sahib shrine. 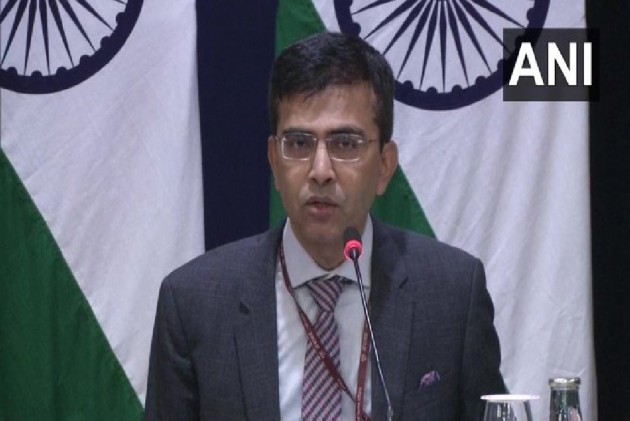 Two days ahead of the inauguration of the Kartarpur corridor, India on Thursday said conflicting reports were coming from Pakistan on whether Indian pilgrims would require passport to visit the Darbar Sahib shrine using the new facility.

Ministry of External Affairs (MEA) Spokesperson Raveesh Kumar said an agreement was signed between the two countries finalising the modalities for visits by Indian pilgrims and India will stick to it.

"Conflicting reports are coming from Pakistan. Sometimes they say passport is needed and sometimes they say it is not required. As of now, there is a bilateral agreement which specified required documents," he said adding, "We think there are differences between their foreign office and other agencies. We have an MoU, it hasn't been changed, and as per that passport is needed."

Kumar said amendments cannot be made unilaterally, it needed consent from both parties.

Pakistan Prime Minister Imran Khan has tweeted that passport will not be required, but according to the agreement, passports are needed.

But Imran Khan on November 1 had announced that his government waived off two key requirements for Sikh pilgrims--firstly, they will no longer be required to bring their passport and only a valid ID will be needed for entering Pakistan for Kartarpur pilgrimage. Secondly, the visiting pilgrims will not need to register ten days in advance.

Kumar also said that Pakistan is yet to confirm the list of Indian dignitaries who will attend the Kartarpur opening ceremony on the Pakistani side.

"We are presuming that all names we have shared with Pakistani side for inaugural jatha have been cleared," he said.