Gandhi said the government has also introduced in Rajya Sabha a bill to give justice to the women who have been abandoned by their NRI husbands. 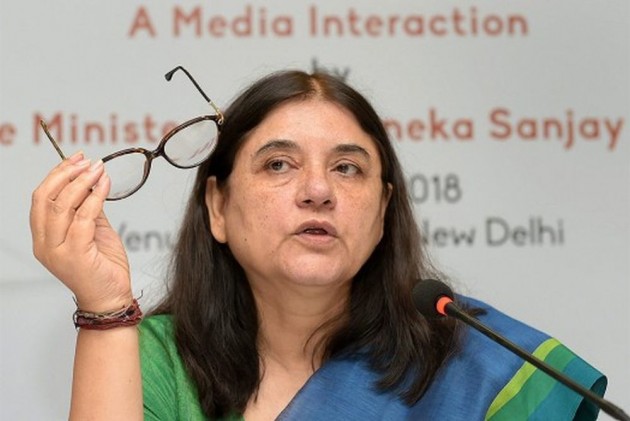 Women and Child Development Minister Maneka Gandhi on Monday said that the government has cancelled passports of 45 non-resident Indians for abandoning their wives.

The Integrated Nodal Agency made to look into the matter has been issuing Look-Out Circulars to absconding husbands in cases of NRI marriages and 45 passports have been impounded by the External Affairs Ministry, Gandhi said.

The agency is chaired by secretary in the women and child development ministry, Rakesh Srivastava.

Gandhi said the government has also introduced in Rajya Sabha a bill to give justice to the women who have been abandoned by their NRI husbands, but expressed dismay that the bill has got stalled in the upper house.

The bill envisages registration of marriages by non-resident Indians, amendment of the Passports Act, 1967 and Amendment to the Code of Criminal Procedure, 1973.

The bill is a joint initiative of the External Affairs Ministry, Ministry of Women and Child Development, Ministry of Home Affairs and Ministry of Law and Justice.