Peace Talks With ULFA (I) Can Progress If It Drops Sovereignty Demand: Assam CM

The Chief Minister said that there is a need to protect the fragile biodiversity of the region but at the same time many livelihoods are dependent on mining. 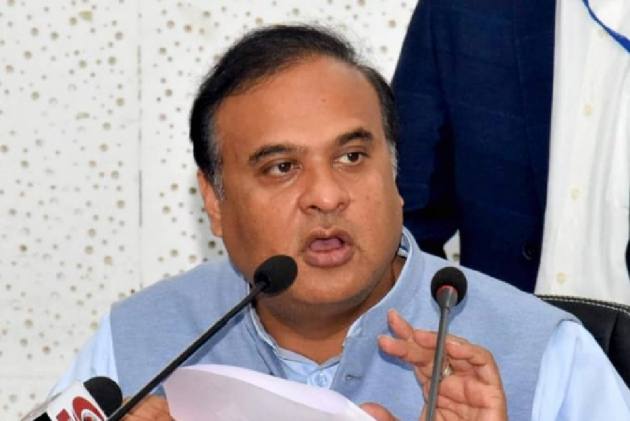 Assam Chief Minister Himanta Biswa Sarma Friday said that peace talks with the banned ULFA (Independent) outfit can progress if it is prepared to discuss grievances and issues other than sovereignty. Paresh Barua, ULFA (I) Chief insists that he will not discuss anything beyond sovereignty but I have taken an oath to protect sovereignty. the Chief Minister mentioned.

The word is not a terminology for us but is solemn and we take oath that it is our duty to protect our sovereignty and not cede an inch of our land. For him also there is a compulsion, so there is a need to arrive at a certain definition which can address the issues of both concerned, the chief minister said. There is no immediate answer to the problem but it will evolve over time. I remain hopeful, though at the same time nothing can be predicted on these issues, he said.

At the same time, if we can coin another term to discuss their grievances or various issues, then we can make some progress. There are many well-intended people who are working on the issue with the ULFA chief to convince him to discuss something substantial without insisting on (inclusion of) the word. Let us see what happens, Sarma said.

Mizoram And Assam Officials Level Allegations Of Encroachment On Each Other

‘Save Me, I Shall Always Speak For You’: Akhil Gogoi Appeals To People Of Assam

The talks have made slow progress. The chief minister said the climate is positive but added that as talks progressed, sometimes it becomes entirely different. So one cannot be definite about it (solution through the talks) but we can hope and pray. Sarma after taking oath on May 10 had appealed to the ULFA (I) to come forward for peace talks and resolve the more than three-decade-old insurgency problem in the state.

Asked about the current status of the National Register of Citizens (NRC), Sarma said that its State Coordinator has filed a petition in the Supreme Court for a re-verification and a re-look at the document. It is now up to the Court to hear the petition. Maybe it has been delayed due to the prevailing COVID situation but as the petition has been filed, it will definitely come up for hearing, he added.

The final NRC, published on August 31, 2019, had excluded the names of over 19 lakh people. Many stakeholders, including the BJP government in the state, described it as a flawed document and have demanded a re-verification, particularly in districts bordering Bangladesh. A number of communities have been demanding Scheduled Tribe status. The Chief Minister described the demand as a complex issue and felt a solution should emerge from among the tribal communities. The moment a community is granted tribal status, other tribal communities start opposing it.

I do not want a clash between them. We have to address these issues tactfully and not in a hurried manner, he said. Six communities in Assam -- Moran, Motok, Tai Ahom, Chutiyas, Koch-Rajbongshis, and the tea tribes or adivasis -- have been demanding ST status. Some of these communities are already categorized as Other Backward Classes (OBCs). Former Chief Minister Sarbananda Sonowal had formed a Group of Ministers, headed by Sarma, to prepare a report on the issue.

On the issue of coal mining in Tinsukia district, which had led to widespread protests by environmentalists and concerned citizens, the Chief Minister said that there is a need to protect the fragile biodiversity of the region but at the same time many livelihoods are dependent on mining.

Mining in the area was going on till last year from the early 1900s and since many livelihoods are dependent on it, we are of the view that wherever it is possible mining activities may continue without disturbing the biodiversity of the area, he said.

In Bongaigaon, NTPC had started a power generation project for which coal is to be transported from Margherita in Tinsukia district but there has been no supply for the last year. As a result, we are purchasing power at a very high price and who is paying for it? The common people of the state. We need to balance various approaches, but at the same time, we will not do anything that will affect the biodiversity of Upper Assam, he added. There is, however, no proposal to start mining in the Joypur area, near the newly created Dehing-Patkai National Park in the state, Sarma asserted.