The phone numbers that have been used by Anil Ambani and one other official of the Reliance Anil Dhirubhai Ambani Group (ADAG) were added to the leaked list that was analysed by media partners of the Pegasus Project consortium. 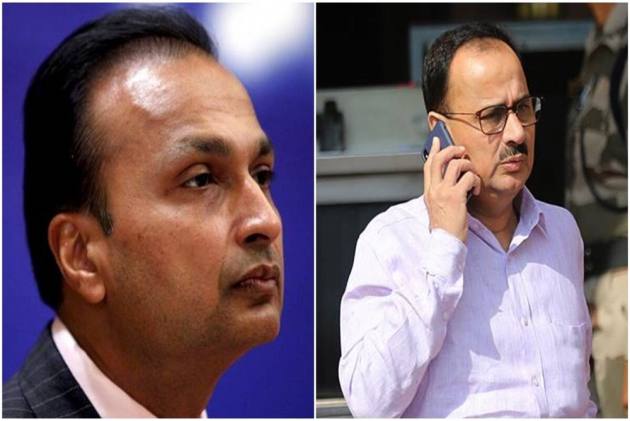 Phones used by industrialist Anil Ambani, former CBI Director Alok Verma, and two other senior officers at the agency — former special director Rakesh Asthana and former additional director A K Sharma — were potential targets of surveillance using the Pegasus spyware, according to a report published by The Wire, a digital news portal that is part of the global investigative project looking into the database of numbers that may have been targeted by the spyware.

According to the report, phone numbers that have been used by Anil Ambani and one other official of the Reliance Anil Dhirubhai Ambani Group (ADAG) were added to the leaked list that was analysed by media partners of the Pegasus Project consortium.

"Apart from Ambani, the other company official whose numbers appear on the list include corporate communications chief Tony Jesudasan, as well as Jesudasan's wife," the report said while adding that it could not be confirmed whether Anil Ambani is currently using the number listed. There was no immediate comment from ADAG on the report.

Verma’s phone number appeared on the list in October 2018, when CBI was mired in an ugly turf war among officials, and Verma, the Director of the agency, had registered an FIR against his deputy Rakesh Asthana, The Wire said. Both officers were divested of their duties on October 23 that year.

This was also the time when the phone numbers of Asthana and A K Sharma were put on the list. Sharma, who was then Additional Director and was said to be part of Verma’s faction, too had been transferred to an insignificant department in the agency in the aftermath of the controversy.

As per the report, the number for Dassault Aviation's representative in India, Venkata Rao Posina, former Saab India head Inderjit Sial and Boeing India boss Pratyush Kumar all appear in the leaked database at different periods of time in 2018 and 2019.

The number of Harmanjit Negi, head of the French firm energy EDF, is also in the leaked database, a significant choice given that he was a member of Emmanuel Macron's official delegation during the French president's visit to India during this period, it added.

On Sunday, an international media consortium reported that over 300 verified mobile phone numbers, including of two ministers, over 40 journalists, three opposition leaders and one sitting judge besides scores of businesspersons and activists in India could have been targeted for hacking through the spyware.

The reports have been published by The Wire in collaboration with 16 other international publications including the Washington Post, The Guardian and Le Monde, as media partners to an investigation conducted by Paris-based media non-profit organisation Forbidden Stories and rights group Amnesty International.

The investigation focuses on a leaked list of more than 50,000 phone numbers from across the world that are believed to have been the target of surveillance through Pegasus software of Israeli surveillance company NSO Group.