Many legal experts believe that since a sitting judge’s name has emerged in the leaked list of Pegasus targets, the SC’s right to privacy seems to have been breached 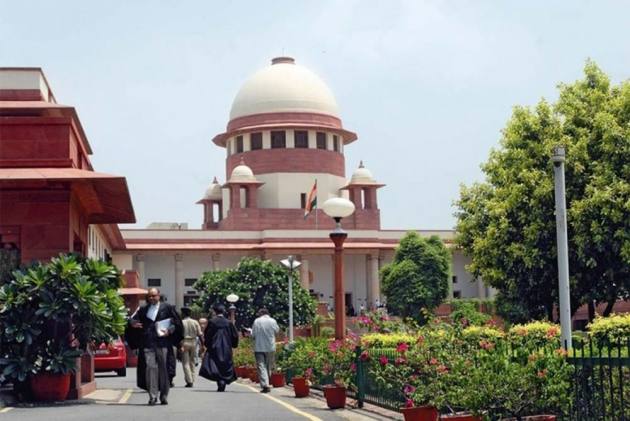 Since the Central government is completely unwilling to initiate any investigation in the Pegasus spyware controversy, a section of legal experts is of the view that the Supreme Court should take cognizance on its own and ask the government to place all records before it.

They say that since a sitting judge’s name has also emerged in the leaked list of targets, the apex court’s own right to privacy, which is a fundamental right, seems to have been breached.

The Pegasus spyware controversy has erupted once again after almost two years. Earlier, in late 2019, it was alleged that the government hired an Israel-based firm NSO group to snoop on some journalists and human rights activists in India.

Politicians, Journalists, Activists…Pegasus Spares None, Hears Them All

They Have Put A Price Tag On Democracy: Rahul Gandhi Aide Sachin Rao On Pegasus Row

Now, just a few days ago, more big names have come out of the closet which include parliamentarians, constitutional authorities, opposition party leaders, journalists among others. Though the government has dismissed all allegations of its involvement, experts say refusing to initiate an independent probe suggests otherwise.

“It shows that even a Supreme Court judge is not safe in this country. One judge’s name has come out but you never know how many more names are there. Forget about the right to privacy of a common man, judges’ own constitutional right is under threat,” Vikas Singh, senior lawyer and former Additional Solicitor General (ASG), said.

He added, “The NSO Group says that it provides the Pegasus spyware to countries to counter terroristic activities and the right to privacy can give way in such cases. But it is a blatant misuse because of the kind of people who have been snooped.”

Another former ASG and noted criminal lawyer Sidharth Luthra says that a constitutional court can take a Suo Moto case.

“It is open to constitutional courts to register a Suo Motu case to inquire into the matter as Article 21 (privacy) is breached and offences can be alleged to have been committed,” Luthra said.

Besides, he says that if a phone is hacked, offences under the Information Technology Act and/or the Telegraph Act are attracted and any person aggrieved can file a complaint with the police to seek investigation and if the police don't act it should happen through courts intervention.

“Of course, police can register the FIR on source information as the offences are cognizable but I understand a parliamentary panel is looking at the allegations,” Luthra said referring to a source-based report that the Standing Committee on Information Technology, headed by senior Congress leader Shashi Tharoor, might take up the Pegasus spyware case.

However, Apar Gupta, executive director, Internet Freedom Foundation, an organization that defends online freedom, privacy, and innovation in India believes that an investigation by the Joint Parliamentary Committee is more prudent as sometimes the court-monitored investigation doesn’t yield anything.

“Certainly, the Supreme Court can examine this matter and ask the government to state on affidavit whether Pegasus spyware indeed have been purchased and used for snooping on people whose name have come out,” Gupta said.

“Court-monitored enquiries sometimes haven’t been very beneficial. For instance, in the black money case, the petition filed by senior advocate Ram Jethmalani, the government quite unfortunately refused to comply and provide the list of people who are tax evaders and stashing money abroad citing the confidentiality clause,” he suggests adding that the JPC process seems to be the most prudent in terms of transparency, disclosure and fixing accountability.