Pema Khandu was administered the oath of office and secrecy by Governor Brig (Retd) B D Mishra at the Dorjee Khandu Convention Centre in Itanagar. 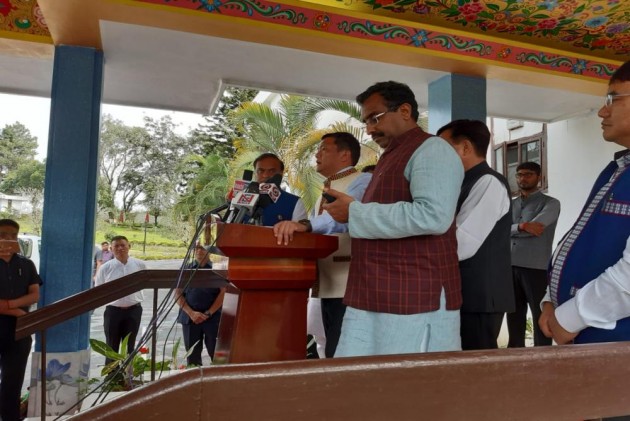 Khandu was administered the oath of office and secrecy by Governor Brig (Retd) B D Mishra at the Dorjee Khandu Convention Centre in Itanagar.

The BJP led by Khandu won 41 seats in the 60-member Assembly, in the elections held simultaneously with the Lok Sabha elections on April 11 in the northeastern state bordering China.