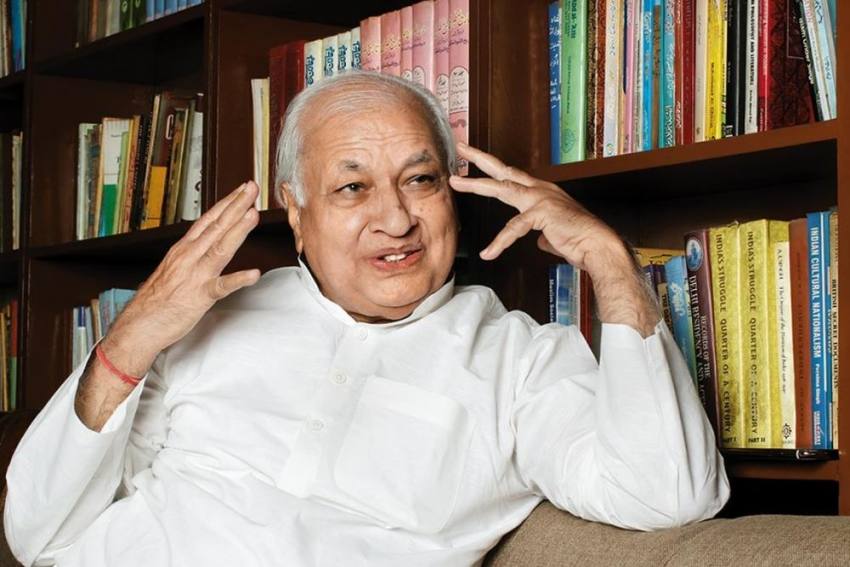 Reacting to the protests against Kannur university’s decision to include RSS ideologues’ books in syllabus, Kerala Governor Arif Mohammed Khan on Saturday said the people who oppose diverse views are at a loss.

The governor’s statement came a day after allegations of saffronisation of education were levelled against Kannur University in Kerala over inclusion of portions of books of RSS (Rashtriya Swayamsevak Sangh) ideologues in post-graduate course.

"Vidhya (education) gives you a sense of distinction between what you consider right or wrong or different shades of right or wrong...Diversity is the law of the nature. People who feel uncomfortable with the study of diverse views, I think they will not cause loss to anyone. They will cause loss to themselves," Khan told reporters in Thiruvananthapuram.

State Minister for Higher Education R Bindhu said the department of education views the syllabus as problematic and that many other perspectives are not included.

The university has been witnessing protests by students' unions since Thursday against its decision to include portions of books of RSS leader M S Golwalkar and Hindu Maha Sabha leader V D Savarkar in the course.

A two-member expert committee was appointed to look into the matter and asked to submit its report within five days.

On Friday, Chief Minister Pinarayi Vijayan said the State government would not glorify ideas and leaders who had turned their back on the freedom struggle.

"The Department of Higher Education is of the view that the syllabus is problematic...Many other perspectives are not included. The government has a social view that sectarian agendas should not gain power due to the syllabii. It will be dangerous to make a platform for sectarian ideas in classrooms, which should actually remain as a secular space," Bindhu wrote in the social media.

The Minister said articles contrary to the Constitutional values appearing in the syllabus was not right. "Sometimes, the reactionary ideologies need to be critically evaluated. But no one should glorify such ideologies and the leaders who upheld those ideas," Vijayan said.

Kerala Students Union (KSU), a wing of the Congress, and Muslim Students Federation (MSF), a  wing of the Indian Union Muslim League (IUML), staged a protest on the campus on Thursday over the issue.

According to the unions, the university included portions from Golwalkar's books such as "Bunch of Thoughts" and Savarkar's "Hindutva: Who Is a Hindu?" in the syllabus of the third semester students of MA Governance and Politics.

The syllabus was not prepared by the Board of Studies but by teachers of Thalassery Brennen College and it was decided by the Vice-Chancellor, they alleged.

The MA Governance and Politics is taught only in Brennen College that comes under Kannur University.