‘People Dying Due To Lack Of Oxygen’, Why Can’t TN Govt Take Over Vedanta’s Unit To Produce It, Asks SC

The Supreme Court was hearing Vedanta’s plea seeking opening of its Sterlite copper unit at Tuticorin on the ground that it would produce thousand tonnes of oxygen and give it free of cost to treat patients. 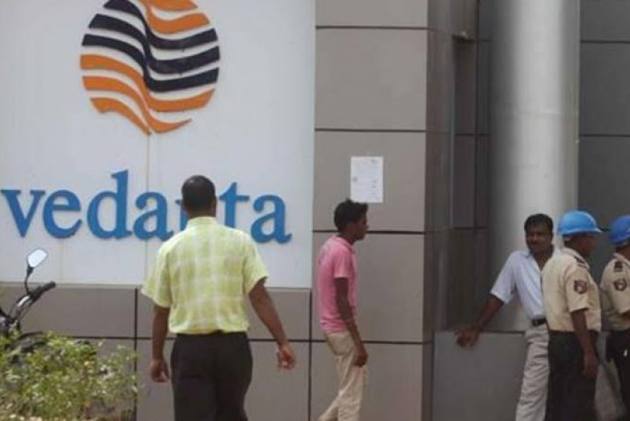 The Supreme Court said on Friday said, “people are dying due to lack of oxygen” as it questioned the Tamil Nadu government as to why it cannot take over Vedanta’s Sterlite copper unit at Tuticorin, closed since May 2018 over pollution concerns, for producing oxygen to treat COVID-19 patients.

“Somebody should say something concrete because people are dying due to lack of oxygen,” said the bench, also comprising Justices L N Rao and S R Bhat.

The apex court was hearing Vedanta’s plea seeking opening of its Sterlite copper unit at Tuticorin on the ground that it would produce thousand tonnes of oxygen and give it free of cost to treat patients.

Senior advocate C S Vaidyanathan, appearing for Tamil Nadu government, referred to the “law and order” situation there and said district collector had gone there today morning to talk to people on the issue.

“There is total lack of confidence there,” he said, adding that 13 persons had lost their lives earlier there.

“Yesterday, you did not told us about the law and order situation. The situation would have been different. Have you filed this on oath,” the bench asked Vaidyanathan, who said he would file an affidavit.

Senior advocate Colin Gonsalves, appearing for organisation of affected families, said that state government can take over the unit and produce oxygen.

“We have absolutely no problem if the state of Tamil Nadu take over the plant and produce oxygen,” the bench observed, adding, “Why are they not producing oxygen when people need it”.

“The whole point of this exercise is that people in the country need it (oxygen),” the bench said, adding that Tamil Nadu might have surplus oxygen but the issue is about the whole country.

“The national assets of the country should be equally distributed among the citizens,” the bench said.

Solicitor General Tushar Mehta, appearing for the Centre, said the country is in “bad need of oxygen” and it is not that every state produces oxygen.

“The Central government is not concerned whether Vedanta runs it or Mr Vaidyanathan’s client runs it. Law and order problem can’t be a ground if people are dying,” Mehta said, adding, “When we have the potential capacity of 1000 tonnes, then why should we not produce it”.

The bench told Mehta, “You don't have to labour on a point which we ourselves hold. There is directive principles of state policy in the Constitution which we are sure Tamil Nadu is aware of”.

Vaidyanathan said the state doesn’t want a situation where there is confrontation and the state government would talk to the Centre on this.

The bench said when people are dying, the state cannot say that it would not produce oxygen due to law and order situation.

The top court, which was informed by Vaidyanathan that he would file an affidavit on the issue, posted the matter for hearing on April 26.

The apex court had Thursday termed the COVID-19 situation as almost a "national emergency" while agreeing to hear Vedanta’s plea seeking opening of its unit at Tuticorin.

Senior advocate Harish Salve, appearing for Vedanta, had Thursday sought urgent hearing of the plea during the day itself and said that people are dying on daily basis and we can produce and supply oxygen to treat COVID-19 patients.

The top court had earlier refused to accord early hearing to the plea related to mining major Vedanta's Sterlite copper unit at Tuticorin in Tamil Nadu which is closed since May 2018 over pollution concerns.

The apex court on December 2 last year had rejected the interim plea of Vedanta Ltd that it be permitted to inspect its Sterlite copper plant and to operate it for a month to assess the pollution level.

Vedanta had sought handing over of the plant for three months saying it requires two months to start the unit and the company should be allowed to run it for four weeks to ascertain whether its polluting or not.

The high court had upheld the orders of Tamil Nadu Pollution Control Board (TNPCB) directing closure of the unit in May 2018.

Vedanta had approached the high court in February 2019, seeking to reopen Sterlite plant which was closed following a May 23, 2018 order issued by the TNPCB in the backdrop of violent protests against the unit which left 13 people dead in police firing on May 21 and 22.

It had filed the petition in the high court as suggested by the Supreme Court, which had on February 18, 2019 set aside the National Green Tribunal order that allowed opening of Sterlite plant.