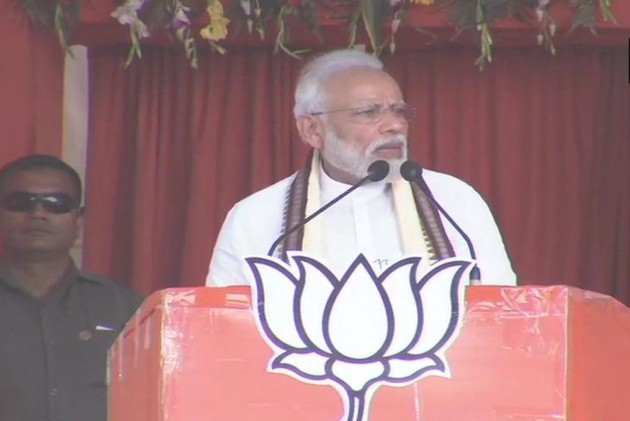 Prime Minister Narendra Modi, while addressing a rally in Odisha's Sundargarh on Saturday said that people have to decide whether they want to choose an honest and principled government committed to the development of all, or a corrupt and unprincipled one.

"This time lotus will bloom in Odisha. The BJP will taste victory. I can say with certainty that the maximum number of lotuses will bloom in the state," Modi said.

Similarly, the BJP will again come to power at the Centre as the country needs a strong and decisive government to ensure national security as well as speedy development, the prime minister said.

On the 39th foundation day of the BJP, Modi said, "The party was born out of sweat of its workers, not dynasty or money. It came into being and grew manifold with the sweat and labour of its workers."

Asserting that the BJP all along fought to safeguard democracy, he said lakhs of party workers and leaders were jailed while protesting the Emergency.

"Now the BJP has emerged as the world's largest democratic organisations. It fought to protect democracy during Emergency," he said.

Assembly election in Odisha will be held along with Lok Sabha polls in four phases on April 11, 18, 23 and 29.

But there is a catch. The government’s own project to skill youths to become security guards has gone for a toss in recent years. A government body which oversaw the training of security guard was disbanded in January 2018 over allegations that money meant to train youths as security guards was spent on parties involving hired dancers and liquor.