BJP leader Sarbananda Sonowal also claimed that the BJP will win at least 100 seats in the 126-member Assam legislative Assembly. 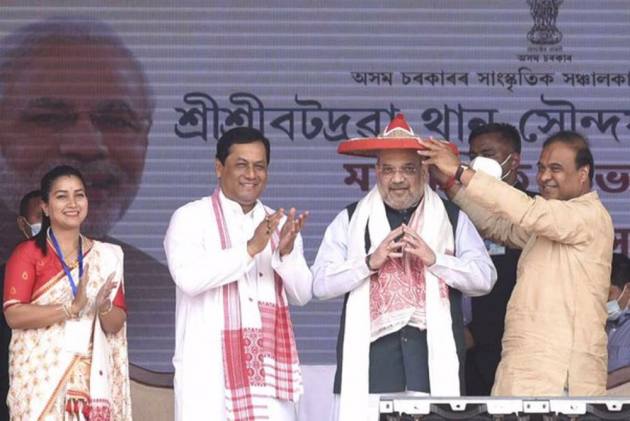 Assam Chief Minister Sarbananda Sonowal on Tuesday claimed that the people of the state are "eagerly waiting" to re-elect the BJP. He further exuded confidence of his party emerging victorious in the upcoming Assembly elections and said that the BJP will win at least 100 seats in the 126-member legislative Assembly.

While seeking another term in office to, “make Assam one of the best states in India,” CM Sonowal said that the party is banking heavily upon the development work done by the BJP-led government in the state.

"These commitments were fulfilled in the last five years of our regime. That is why people are eagerly waiting for the polling days to come," Sonowal told reporters here.

BJP had promised to free Assam of corruption, pollution, terrorism and illegal foreigners along with ushering in development. The people have got the assurance of their fulfilment because of the "sincere efforts" by the BJP-led government in all these fronts, he added.

He exuded confidence that the BJP-led three-party alliance will achieve its target of winning over 100 seats out of 126 during the forthcoming Assembly polls.

"The people are seeing the condition of the opposition parties. They don't have any noble aim but only want to create confusion. So, the party having no specific goal and no clear policy cannot give security, peace and development to public," Sonowal said.

The BJP has clear policies on important aspects of life and the government has worked with that in the past, he added.

"Filing of nomination has begun. People are just waiting for the voting day to bring back the BJP-led alliance government," Sonowal said.

The BJP has announced the first list of candidates for 70 seats, leaving 26 and eight constituencies for its allies AGP and UPPL respectively.

The 2016 elections in Assam had given a fractured mandate and no party got an absolute majority.

The BJP became the single largest party with 60 MLAs, while its allies Asom Gana Parishad (AGP) and Bodoland People's Front (BPF) had won 14 and 12 seats respectively. The ruling coalition also had the support of an Independent MLA.

The Congress had won 26 seats, while the All India United Democratic Front (AIUDF) bagged 13.