Referring to Jammu and Kashmir, Modi said the country and the world have witnessed, in the past 100 days, that 'India is challenging every challenge', whether it is decades old or is of future. 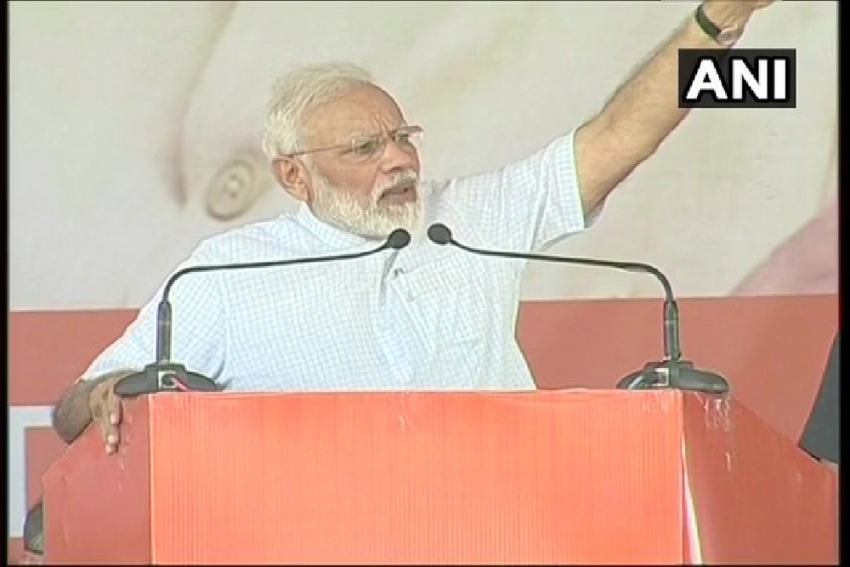 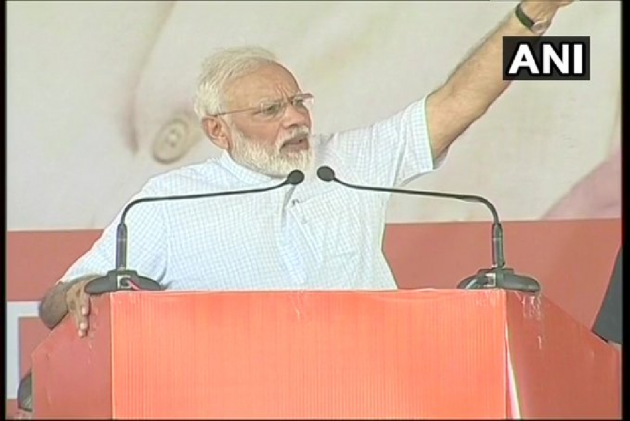 We know how to take challenges head-on, Prime Minister Narendra Modi said on Sunday, adding "development, trust and big changes in the country” marked the first 100 days of his second tenure as the leader of the NDA government at the Centre.

Addressing a mega rally Haryana's Rohtak where the prime minister also launched BJPs campaign for the upcoming assembly elections, Modi said that 130 crore Indians were the inspiration behind the government's major decisions in various fields from farm sector to national security.

Taking a dig at the opposition parties, he said they were still “numb" from their Lok Sabha polls debacle.

Referring to Jammu and Kashmir, Modi said the country and the world have witnessed in past 100 days that "India is challenging every challenge", whether it is decades old or is of future.

“I have come here in Haryana at a time, when BJP-led NDA government is completing 100 days. In 100 days, some people could not understand, some people are in such a bad state that they are numbed because of poll debacle,” he said at the 'Vijay Sankalp' rally.

"Whatever big decisions were taken in past 100 days, the inspiration behind them were only 130 crore Indians,” he said, adding, “because of your unprecedented support, the government could take major decisions from farm sector to national safety and security.”

The prime minister said several important laws have been passed in recent months, including to deal with terrorism and for protection of rights of Muslim women.

He said a roadmap has been prepared to help different sectors with an intention to strengthen economy and referred to the "historic decisions" for strengthening the banking sector.

“This is only the beginning and its benefits will be felt in the coming time,” he said.

“We know how to take challenges head-on. Be it the matter of Jammu, Kashmir and Ladakh or serious water crisis, 130 countrymen have started looking for new solutions," he said.

“We are into fulfilling the dreams and expectations of people of J-K and Ladakh with a new thinking. Because of your inspiration, such promises which were made during polls, have now been honoured,” he said in an apparent reference to the abrogation of Article 370.

Modi said the main priority of BJP governments, be it at the centre or in the states, was to take care of the interests of poor people and referred to steps being taken to ensure better health care, clean drinking water, farmers' welfare and pension schemes.

“We do not adopt a piecemeal approach but keep a big target in mind and take all round steps,” he said.

A roadmap which was never there under previous governments has been prepared for the health sector, he said.

The government is focusing on preventive health care services and working towards making health services cheaper and easy to avail, he said.

The prime minister said that it was his government's commitment that each house will get piped water by 2024 and work in this direction had already been started.

“It has been decided that to conserve water and to ensure that water reaches each house, a sum of Rs 3.50 lakh crore will be spent in coming five years," he said.

He also sought support from people in conserving water, urging them not to waste the precious resource and use it as per their requirements.

A lot still needs to be done, said Modi.

He said under PM Kisan Samman Nidhi scheme, a total of seven crore farmers have benefited.

“In very less time, we have credited Rs 21,000 crore in the accounts of farmers,” he said.

He said pension for traders and small shopkeepers would be started soon.

The government was making efforts to double the income of farmers by 2022.

The PM also thanked all political parties for the record work done in the recent Parliament session.

“In 100 days, there was one important development. The number of bills passed and the amount of work done in the last Parliament session was never seen in the past 60 years.

"MPs held debates and discussions on new laws while sitting late into the night,” he said.

Modi also thanked the people of Haryana for the BJP's win in all 10 Lok Sabha seats in the state.