Shiv Sena alleged that many Muslims have not understood the true meaning of their religion (Islam), and have confused it with traditions and customs like burqa, polygamy, triple talaq and resistance to family planning. 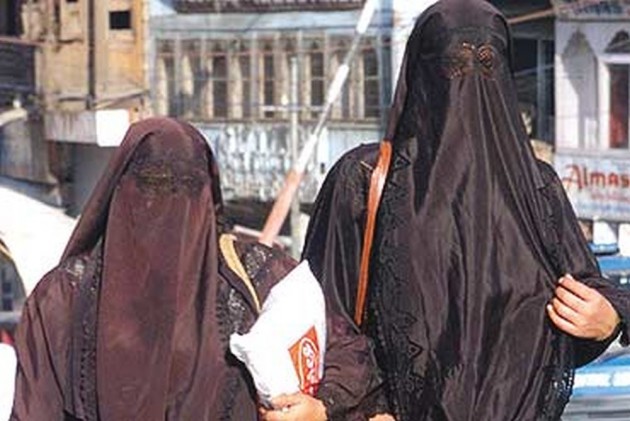 Shiv Sena on Wednesday called for a ban on the use of burqa, as it threw its weight behind a similar plan being mulled by the Sri Lankan government in the wake of the Easter terror strikes, that claimed over 250 lives.

It said that the ban, something similar to which the party has proposed in the past, "has already come in Ravana's (Sri) Lanka, when will it be implemented in Ram's Ayodhya -- this is our question to (Prime Minister) Narendra Modi."

"This restriction has been recommended as an emergency measure to ensure the security forces do not encounter difficulties in identifying anybody. People wearing face-masks or burqas could pose a threat to national security," said the Sena in an editorial in the party mouthpieces, "Saamana" and "Dopahar Ka Saamana".

It said, "No Mahatma Phules or Shahu Maharajs" were born among the Muslims nor were allowed to become, which has worked to the advantage of whimsical elements like Shahabuddin, Azam Khan, Owaisi brothers and Abu Asim Azmi.”

The editorial added, “If such religious practices or traditions interfere with national security, then it must be ended immediately, and "Modi will have to do it now".

"This work will require as much daring as a 'surgical strike.' The Sri Lankan President had done it by overnight banning burqa or veils or face-covers of any types in all public places. This is a work of great courage and restraint exhibited by (Sri Lanka) President Maithripala Sirisena," lauded the Sena.

It accused that many Muslims have not understood the true meaning of their religion (Islam), and they have confused it with traditions and customs like burqa, polygamy, triple talaq and resistance to family planning, the editorial added.

"When any voice is raised against these practices, immediately there are cries of 'Islam is in danger', and it seems religion takes precedence over nationalism among Muslims. Muslim women have been sporting burqas/veils under the wrong impression that it is a Quranic tenet," the Sena said.

It pointed out that there have been bans on both burqas for women, and beards for men, even in Muslim countries like Turkey in the past, especially when Kamal Pasha suspected that these were being misused for carrying out anti-national activities, "proving (burqa-beard) are basically not linked with Islam".

The Sena said the country (Sri Lanka) which has just been liberated from the LTTE's terror is now in the grip of Islamic terror like India, and others like the UK, France, New Zealand.

But it lamented that the kind of tough measures being adopted by other countries were still lacking here, especially since areas like Jammu and Kashmir were being destroyed by the same Islamic terrorists.

However, Union Minister and Republican Party of India (RPI) leader Ramdas Athawale, opposed Shiv Sena’s demand for a burqa ban, stating that the traditions of any community cannot be banned, reported Times Now.

Bangladeshi author, Taslima Nasreen appeared to back a burqa-ban on Wednesday.

People are saying banning the burqa won’t stop terrorism. I agree, it won't stop terrorism but it will definitely stop women from being faceless zombies.