'There are some people who have lost their self- respect and switched over to the BJP. I think people will show them their place in the Assembly polls,' NCP chief Sharad Pawar said. 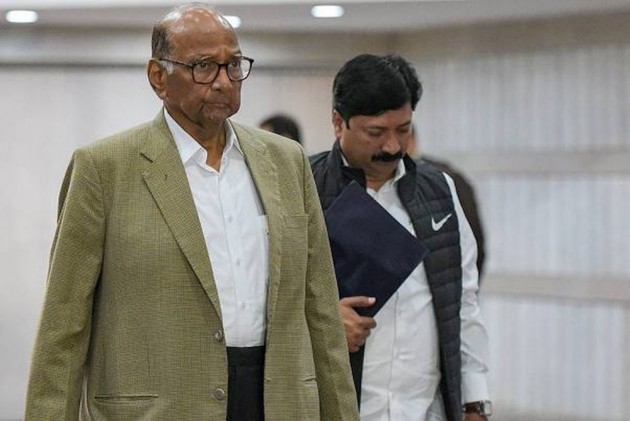 NCP chief Sharad Pawar has termed those who left his party to join the ruling BJP as "cowards", and said people will show the deserters their place in the upcoming Maharashtra Assembly elections.

In a setback for the NCP, several senior party leaders recently joined the BJP and the Shiv Sena.

"They are cowards...People of Maharashtra will take care of such people in the elections," Pawar said on Sunday, a day after senior leader Udayanraje Bhosale quit the NCP and his Lok Sabha membership from Satara and joined the BJP.

"There are some people who have lost their self- respect and switched over to the BJP. I think people will show them their place in the Assembly polls," he said.

Pawar, who founded the NCP in 1999 after walking out of the Congress, said he worked in opposition for 27 years.

"I managed to work in the opposition at times more effectively. But I don't feel like sitting with this kind of opposition (leaders)," he said.

Besides Bhosale, some of the other prominent leaders who quit the NCP recently include former ministers Jaidutta Kshirsagar, Ganesh Naik and Sachin Ahir, and former state unit president Bhaskar Jadhav.

The NCP chief also attacked the NDA government over the condition of the economy.

"This government has left many people jobless. This time people will give them a strong message," he said.

Pawar also took a dig at state Chief Minister Devendra Fadnavis ahead of his scheduled visit to Sangli and Kolhapur districts, which were the worst hit by unprecedented floods last month.

"He (Fadnavis) went there (in flood-hit areas) only once just for few hours and never visited again," he said.