The price of petrol and now that of diesel has crossed Rs 100 per litre at several places. 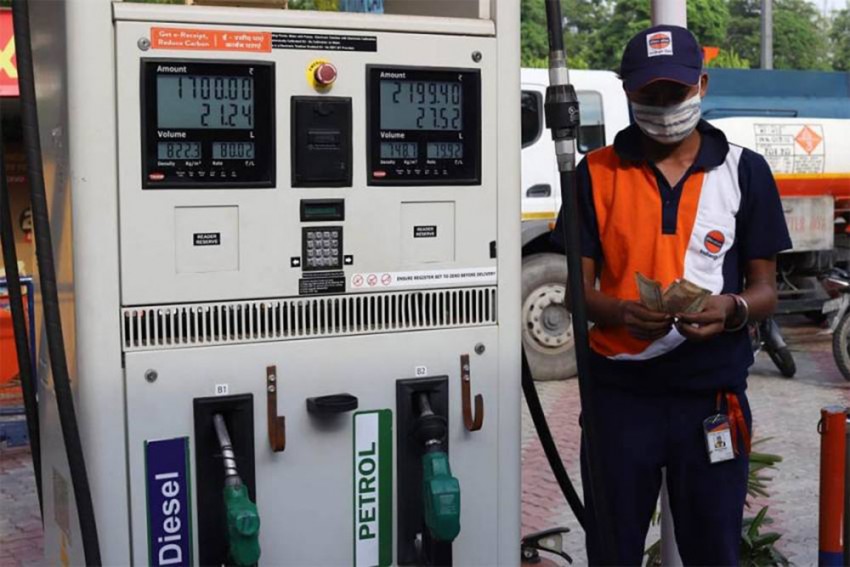 Petrol prices in Mumbai reached a new high of Rs 103.63 per litre on Tuesday and remained at the same level on Wednesday. Diesel is priced at Rs 95.72 a litre in the city, the highest among metros.

The fuel prices differ from state to state, depending on the incidence of local taxes such as Value-Added Tax (VAT) and freight charges.

The price of petrol and now that of diesel has crossed Rs 100 per litre at several places.

The state-run oil marketing companies have revised the rates of petrol and diesel at least 28 times in the last seven weeks.

Congress leader Rahul Gandhi took a swipe at the Centre over the rising fuel prices on Tuesday, saying the petrol and diesel rates will come down at the time of the next elections in the country.

He also shared a graph with the caption "GOI's Vikaas of Fuel Prices" on Twitter, which showed that the prices of petrol and diesel have been rising since September last year, only plateauing or dipping during state polls.

"When will the prices of petrol and diesel come down? When the next elections happen," the former Congress chief said in a tweet in Hindi.

The Congress has been critical of the government for the rising petrol and diesel prices.

The opposition party has also been demanding that petrol and diesel be brought under the purview of the GST regime.