Fadnavis said the state government was free to conduct an inquiry into the phone-tapping charges against him. 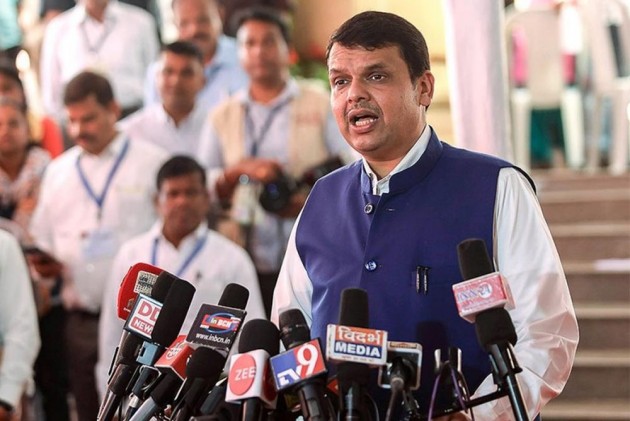 Amid allegations that the previous BJP-led dispensation in Maharashtra tapped the phones of opposition leaders, former chief minister Devendra Fadnavis on Friday said phone-tapping was not the culture of the state and his government had not given any such orders.

He also said that the Maharashtra Vikas Aghadi (MVA) government was free to conduct an inquiry into the phone-tapping charges against the previous BJP-led dispensation.

"Phone-tapping is not the culture of Maharashtra. My government had not given any such orders," Fadnavis, who is the Leader of Opposition in the state Legislative Assembly, said in a statement.

"The whole country knows the credibility of those who have levelled such allegations," Fadnavis, who was the chief minister of the state between 2014 and 2019, said.

"The state government is free to probe the allegations with the help of any machinery. People of Maharashtra know the truth. A Shiv Sena leader was the minister of state for home during my tenure," he added.

"I have a request: the government should immediately conduct an inquiry and make the report public. If it wants to go to Israel for the probe, it should do that," he said.

His remarks come a day after Maharashtra Home Minister Anil Deshmukh alleged that the Fadnavis dispensation had misused the government machinery to tap the phones of opposition leaders, especially during the formation of the MVA government.

The minister had said that the cyber cell of Maharashtra police has been directed to look into various complaints of snooping/phone-tapping against the Fadnavis government.

Deshmukh had also said that the government was trying to find those officers, who had been reportedly sent to Israel to study the snooping software then.

Also, Shiv Sena leader Sanjay Raut on Friday said that a BJP leader had informed him that his phone was being tapped by the previous Devendra Fadnavis government in Maharashtra.

On the NCP's allegation that the Centre has withdrawn party chief Sharad Pawar's security at his official residence in New Delhi, Raut said it could have been because Pawar was intrumental in forming the Shiv Sena-led government in the state.

"A BJP leader had told me that my phone was being tapped. I said if anybody wants to listen to what I am saying I welcome it. I am Balasaheb's chela (disciple), whatever I do, I do it openly," Raut said.