Along with Brazil's Amazonia-1, the other 18 satellites include four IN-SPACe and 14 of ISRO's commercial arm, NewSpace India. 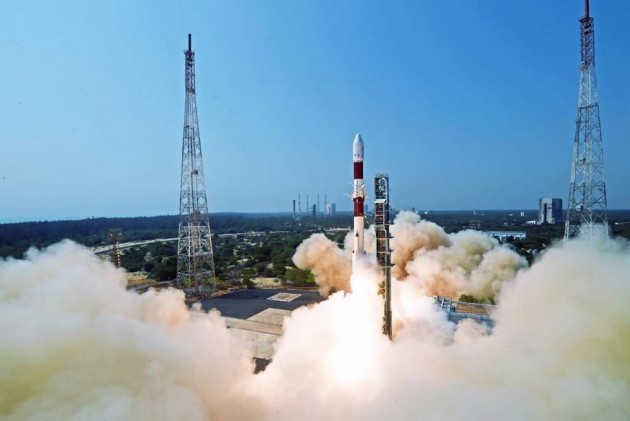 In its first mission for 2021, ISRO on Sunday launched PSLV-C51 carrying Amazonia-1 and 18 other satellites from Sriharikota.

The 53rd PSLV lifted off from the first launchpad of Satish Dhawan Space Centre at 10:24 am. Along with Brazil's Amazonia-1, the other 18 satellites include four IN-SPACe and 14 of ISRO's commercial arm, NewSpace India.

One amongst the IN-SPACe satellites is the one developed by SpaceKidz India. It contains an engraved picture of Prime Minister Narendra Modi and an e-copy of the Bhagavad Gita.

ISRO's PSLV-C5I Carrying Amazonia-1, 18 Other Sattelites Lifts Off From Sriharikota

PM Modi took to Twitter to congratulate NSIL and ISRO adding that the launch ushers in a new era of Space reforms in the country. He said 18 co-passengers included four small satellites that showcase dynamism and innovation of our youth.

Congratulations to NSIL and @isro on the success of the 1st dedicated commercial launch of PSLV-C51/Amazonia-1 Mission. This ushers in a new era of Space reforms in the country. 18 co-passengers included four small satellites that showcase dynamism and innovation of our youth. pic.twitter.com/BbWYGLsyvo

The prime minister also congratulated Brazilian president Jair Bolsonaro on the successful launch of Brazil's Amazonia-1 satellite by PSLV-C51, and said this is a historic moment in space cooperation between the two countries.

Congratulations President @jairbolsonaro on the successful launch of Brazil's Amazonia-1 satellite by PSLV-C51. This is a historic moment in our space cooperation and my felicitations to the scientists of Brazil. @isro

As reported by PTI, the 637-kg Amazonia-1 which became the first Brazilian satellite to be launched from India in an optical earth observation satellite of National Institute for Space Research.